And Secure the Blessings of Liberty 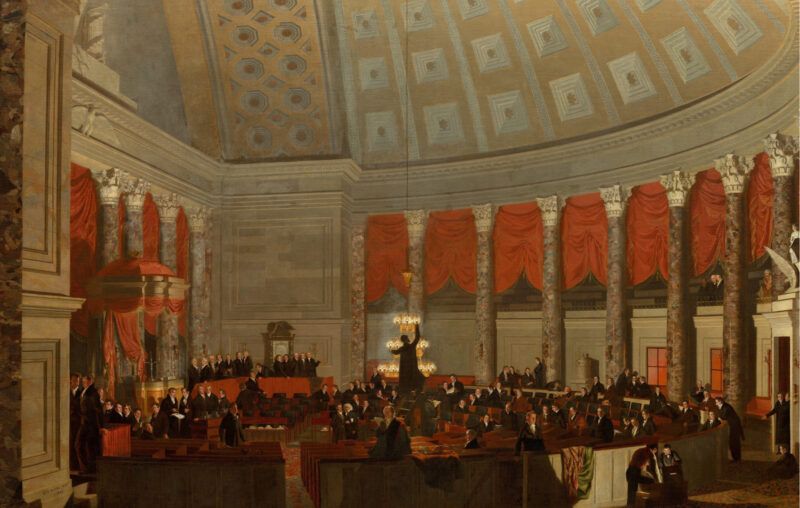 On this Constitution Day, 2021, I again write about the crucial importance of the Preamble to the proper interpretation of the U.S. Constitution. If this nation is to remain politically intact and economically vibrant, it must concede the importance of that opening sentence and especially its first invocation of the word “and.”

Readers of a certain age can probably sing the Preamble but for those who did not grow up on Schoolhouse Rock, the entire Preamble reads:

“We the People of the United States, in Order to form a more perfect Union, establish Justice, insure domestic Tranquility, provide for the common defense, promote the general Welfare, and secure the Blessings of Liberty to ourselves and our Posterity, do ordain and establish this Constitution for the United States of America.”

Don’t allow Woke Con Law professors to con you into sleeping, that first “and” means that the one purpose of the U.S. Constitution is to:

Con Law professors can debate original meaning and other theories of Constitutional construction (as in how to construe the meaning of the document) all they want, but their claims are empirically flawed to the extent that they do not maintain a laser focus on those six things, especially when it becomes necessary to parse the more ambiguous parts of America’s frame of government.

The Framers were very careful with the words and phrases they assigned Gouverneur Morris (1752-1816) to head a Committee of Style and Arrangement to ensure that the Constitution clearly and elegantly articulated the convention’s sense. I don’t think he failed, even in the case of the Second Amendment, I think Con Law professors and jurists with political agendas or insufficient understanding of the Founding period have obfuscated his meaning. Only a scholar of the period, coming to the document with the goal of understanding and not dictating meaning, can clearly grasp Morris’s intent in some instances.

The Preamble is not one of those instances. It is one of the pithiest statements in the history of the English language.

In short, no law, from a by-law of the lowliest corporation to a federal statute, is Constitutional, and no interpretation of the Constitution itself is valid, if it controverts any one or more of the six mandates laid out in the Preamble and does not fulfill at least one of them.

One might think that promotion of the “general welfare” is broad enough to cover anything but the Framers were not collectivists and were under no illusion that everyone shared the same overarching interests. What they meant was something akin to Kaldor-Hicks efficiency, i.e., instances where total social benefits exceed total social costs.

Note, too, that Morris, the consummate wordsmith, could have simply written “and secure liberty” but instead carefully specified the need to secure “the blessings of liberty … for our posterity.” He meant that pro forma liberty was insufficient to achieve the Constitution’s purpose, achieving the actual blessings, or what we would call today the benefits, of which liberty was the purpose. Moreover, the Constitution must be construed to protect the benefits of liberty to future generations, not just the first, nor any particular subsequent one. The Framers would have found Social Security, a quasi-Ponzi scheme, laughably unconstitutional.

What are the benefits of liberty? Morris did not specify them because everyone knew that they came down to one word, the single most misunderstood word in the Declaration of Independence, “happiness.” Today, happiness denotes a trite emotional state, the opposite of sadness. To Morris and the other Framers, as for Jefferson in 1776, happiness meant what we today call flourishing. It meant long-term peace and prosperity, perhaps punctuated with occasional setbacks due to misfortune (bad luck) but not due to permanent bad policies.

Unfortunately, most Americans today are no longer happy emotionally and they are also failing to flourish. Progressives would have you believe that capitalists, or at least capitalism, whatever that is, constitute the main problem. Conservatives blame the government but too often just specify aspects of it that they do not like.

The classical liberal view, that of the Framers in other words, holds that most of the nation’s laws, and the bureaucratic systems they created, are unconstitutional because they do not conform to the Preamble. Some are out of scope, properly understood, while others diminish liberty, weaken the Union or its defense, precipitate domestic tumults, or fail to establish justice. Maybe they were passed with overwhelming support and the best of intentions. It doesn’t matter! Unless they do at least one, without controverting any, of the six things, they are unconstitutional and have to go!

If you think that means that governments, especially the federal government, will have little to do, you are right! That was exactly the point. The government should protect Americans’ lives, liberty and property from foes foreign and domestic, and no more. That will lead, as it once did, to peace, easy taxes, and a tolerable administration of justice, i.e., happiness. Anything more is just what Bastiat said it was, legal theft and misery.

This article, And Secure the Blessings of Liberty, was originally published by the American Institute for Economic Research and appears here with permission. Please support their efforts.