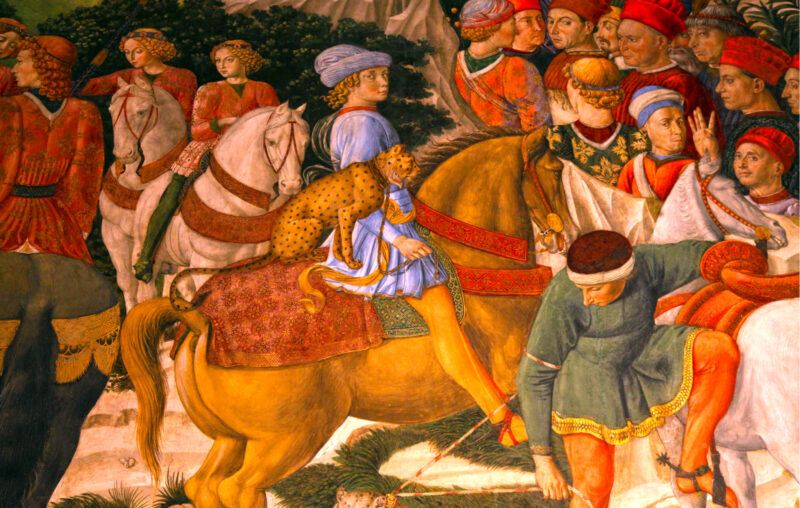 In a fascinating 2017 Journal of Economic Perspectives article entitled “Towards a Political Theory of the Firm,” University of Chicago economist Luigi Zingales ably explores the possibility of a “Medici vicious circle, in which economic and political power reinforce each other.” His treatment, however, misses the possibility of de facto government control of corporations. The events of the past year have made clear that a government takeover of corporations is possible. No conspiracy theory is required, just misaligned incentives.

Perhaps best known for his podcast Capitalisn’t, Zingales believes in the power of free markets and is a decided foe of corporate rent-seeking and government corruption. In his article, he argues for a “goldilocks” balance between the power of the state and the power of corporations. When corporations are too powerful compared to the government, they can extract rents, like the way Disney manages to get its copyrights extended whenever its mouse (what’s his name again?) is about to go into the public domain.

When corporations are too weak compared to the state, Zingales warns, “they risk being expropriated, if not formally (with a transfer of property rights to the government), then substantially (when the state demands a large portion of the returns to any investment).” That’s true, but Zingales has missed a frightening alternative: a too strong government also could cajole corporations to do its bidding.

When “money is used to gain political power and political power is then used to make money,” Zingales calls it a Medici vicious cycle because he thinks that is how the House of Medici rose from obscurity to power in Florence in the early 1400s. But could such a cycle occur in Murica?

After all, Florence was a relatively small, homogenous city-state, not a huge, polyglot empire like the United States, and the Medicis were connected by blood or marriage so they could safely cooperate with each other to some extent. In the United States, competing interests, like Spencer Roane and John Marshall, Andrew Jackson and the second Bank of the United States, or the Kennedys and the Rockefellers, check each other when one side gets too grabby.

But what if competing interests discovered a mechanism by which they could cooperate with each other, as if they shared DNA? What if all the rich or powerful were in cahoots? What if they could, in more technical parlance, credibly commit to sharing the economic rents and/or augmented political power produced by their joint ventures?

The possibility of cooperation is, of course, an assumption underlying grand conspiracy theories involving multiple parties but economists know that cooperation is possible without secret meetings in smoke-filled (now marijuana smoke) backrooms. They call it trade and know it can produce complex goods without any central coordinating mechanism.

The high cost of formally cooperating is why economists argue that businesses that collude to fix prices, directly or indirectly through quantity or quality restrictions, tend to be fragile coalitions. Prior to the Second World War, however, many price-fixing cartels thrived. The distribution of their longevity, even today, tends to be bimodal, i.e., they either break down quickly or they last five, ten, or more years. Unsurprisingly, many of the most durable cartels, like buying groups, are government-protected, -sponsored, or even -mandated. But others engage in tacit collusion, persisting out of simple self-interest with limited or even no direct interaction, only the aid of pricing or advertising signals.

Syndicates are less formal than cartels, self-organizing groups that form and evolve to promote some shared goal. Mutual self-interest holds them together as well, like when grantors and grantees fund and execute illegal or immoral scientific experiments and then cover for each other. They don’t need a contract as they both want the same thing, for others not to discover their perfidy.

The two great (as in large) political parties in the United States are prime examples of rival cartels. That is not a linguistic stretch at all. Online and old paper dictionaries offer definitions of cartels that include “a combination of political groups (notably parties) for common action.”

Traditionally, America’s political parties check each other’s excesses. But they also cooperate with each other to some extent to ensure that rival startup parties either get swallowed by the elephant or the donkey or at least wallow in obscurity and irrelevance. Like business and, frankly, criminal cartels, neither political party wants to risk losing rents or influence to a new entrant.

If the two parties merely competed for elected positions, as in days of old, their duopoly might not be too costly for society. But both have minions throughout governments at all levels, from agents and judges to various commissioners and undersecretaries through all the GS pay levels. Few are political appointees but rather obtain their jobs through Civil Service examinations and other ostensibly nonpartisan mechanisms. But many government hires are partisans who follow, like members of a syndicate, cues from party leaders.

It is well known that political leaders use sundry levers, such as party financial support, to enforce discipline in Congress. Like Bryan Caplan’s irrational voters, the rank-and-file, by contrast, can afford to indulge their ideological priors so long as they follow informal rules “created, communicated, and enforced outside of officially sanctioned channels,” as two scholars once put it. The allegiance of many government bureaucrats, in other words, is not to the government, let alone to the Premable’s “the people,” it is to their parties. And that is a big problem.

Bureaucrats, even pretty petty ones, can wield tremendous power these days. Combined, they can make a business corporation by relaxing key rules, or tightening rules on their competitors. Bureaucrats, i.e., political party partisans, can also break corporations. Interpretation of the tax code is the most obvious lever, one even notoriously used to inhibit the growth of conservative nonprofits during the Obama administration, but others abound.

Heck in 2020 the CDC and state public health agencies decided, without a shred of empirical evidence, that some businesses were nonessential, financially killing or maiming them. A virtual war against landlords continues to this day, again with no evidence that rent moratoria help to reduce the spread of Covid or are more efficient economically than paying the rent of Covid victims. Wherever there is discretion, from the excludability of stockholder proxy proposals under the Securities and Exchange Commission’s vague Rule 14a-8 to the application of any of the other rules and regs in the Federal Register (which at more than 180,000 pages has grown so big it has its own website), there is power.

The 1939 Hatch Act prohibits the federal executive branch from using its employees in political campaigns. But no law can prevent a government employee from taking cues from party leaders, from POTUS on down. Not only is a conspiracy theory not needed, the bias need not even be conscious. In that way, political bias is a lot like systemic racism. Let’s call it systemic bias against members of the opposing political cartel (SBAMOPC).

To the extent that corporate leaders believe that SBAMPOC exists, they have incentives to discern which political party, if either, has the most sway in each of its major regulators and then to signal that their corporation is at least a syndicate partner if not a cartel stalwart. They can do so with political and NGO donations, the contents of advertising and branding campaigns, and squishy corporate press releases about their dedication to this or that. Even nonprofits can be induced to switch their views on important issues, like civil liberties during pandemics, 180 degrees. Partisan bureaucrats see such kowtowing (yes, a deliberate word choice) as a victory and press even harder the next time.

And thus corporations are led, by an invisible hand, to promote an end which was no part of their intention, the simultaneous enrichment of themselves and empowerment of party partisans.

This article, America’s Medici Moment?, was originally published by the American Institute for Economic Research and appears here with permission. Please support their efforts.