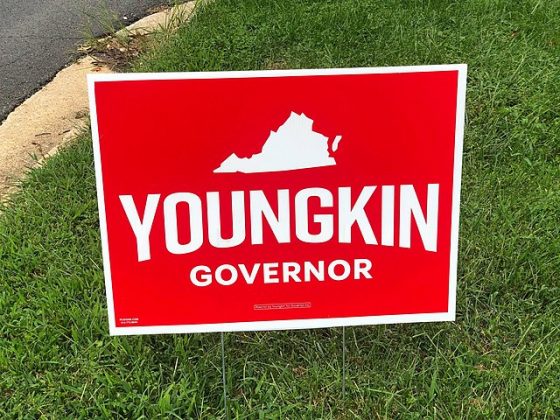 The corporate media seemed absolutely shocked by what happened on Tuesday night.  But I was not shocked one bit.  In fact, anyone with any common sense at all should have seen it coming.  Sadly, none of the talking heads on television that I saw were willing to admit why the Democrats really lost Virginia.  Some of the analysts said things that were true, but none of them addressed the main issue.  For example, CNN’s Van Jones admitted that Democrats “are coming across as annoying and offensive”, and that was certainly a truthful statement.  But that isn’t why Democrats lost.  Ultimately, the real reason why they lost in a state where they usually win is incredibly simple.

Joe Biden made a catastrophic political error when he went after people’s jobs.  Countless Americans have already lost jobs due to various mandates, and approximately 80 million American workers will be covered by the big OSHA mandate that is about to go into effect.

Perhaps Biden and his minions thought that they would just be hurting conservatives with these mandates, but that isn’t true at all.  Vast numbers of independents and Democrats are also refusing to comply with the mandates, and many of them are extremely angry.

Let me give you an example.  In Kansas, the head of a local union district is very upset that close to half of the workers at his company could potentially lose their jobs…

In Wichita, Kansas, nearly half of the roughly 10,000 employees at aircraft companies Textron Inc and Spirit AeroSystems remain unvaccinated against COVID-19, risking their jobs in defiance of a federal mandate, according to a union official.

“We’re going to lose a lot of employees over this,” said Cornell Adams, head of the local Machinists union district. Many workers did not object to the vaccines as such, he said, but were staunchly opposed to what they see as government meddling in personal health decisions.

Just reading those two paragraphs, it would be easy to come to the conclusion that Adams is probably a Republican.

He is actually a Democrat, and he says that the Democrats will “never get another vote from me”…

A life-long Democrat, Adams said he would no longer vote for the party. “They’ll never get another vote from me and I’m telling the workers here the same thing.”

Did Biden and his minions actually think that countless independents and Democrats would forgive them for ruining their careers?

If they would have just left people alone, they would still be in control in Virginia, but instead election night was a “clean sweep” for Republicans.

And unless the Biden administration reverses course, the 2022 midterms will be a national bloodbath for the Democratic Party.

When asked about the slaughter in Virginia, Biden mentioned a lot of factors, but he didn’t bring up the mandates at all…

“People are upset and uncertain about a lot of things,” Biden said, “from COVID, to school, to jobs, to a whole range of things – and the cost of a gallon of gasoline. And so, if I’m able to pass and sign into law my ‘Build Back Better’ initiative, I’m in a position where you’re going to see a lot of those things ameliorated quickly and swiftly. So that has to be done.”

Asked what Democrats need to do to respond to Republican attacks over critical race theory and other cultural issues, Biden said, “We should produce for the American people.”

Some of the points he made are valid.

Without a doubt, Americans are annoyed that the price of gasoline has become so painful…

Gas prices have surged to a seven-year high of $3.40 a gallon nationally and are flirting with $4 in Nevada, Washington State and Oregon.

Bank of America is now predicting that Brent crude oil, which drives gas prices, will zoom to $120 a barrel by June 2022. That’s 45% higher than current levels.

Needless to say, the new global energy crisis which has suddenly erupted means that the price of gasoline is only going to go higher.

And it is also true that Americans are frustrated with the worst supply chain crisis in our history.  The vast piles of cargo that are just sitting around in southern California have proven to be very tempting targets for thieves…

“The more that the supply chain in general is backed up, the more cargo you’re going to have sitting. And that creates a bigger opportunity for thefts,” said Scott Cornell, a crime and theft specialist at insurance company Travelers, according to CBS MoneyWatch.

Thieves made off with more than $5 million worth of goods as a result of so-called supply-chain theft in California during the third quarter of 2021, a surge of about 42 percent from a year ago, according to cargo theft recovery and prevention network CargoNet.

The debacle in Afghanistan, the crisis on the southern border, and the rate at which the national debt is exploding are also factors that have weighed on Biden’s approval ratings.

But Biden and his fellow Democrats could have survived all of those things if they had just left people’s jobs alone.

In recent weeks, we have seen marches, demonstrations and protests all over the nation because of the mandates.

Sadly, the talking heads on television just can’t admit that the mandates are backfiring on an absolutely massive scale.

In the months ahead, countless more Americans will be forced out of their jobs thanks to the mandates, and this will set the stage for so many of the things that I have been warning about.

If the Democrats want to avoid a complete wipeout during the 2022 midterm elections, they should literally beg Biden to end the mandates immediately.

But they aren’t going to do that.

They are literally committing political suicide, and they could potentially be creating fertile ground for a new third party to emerge by 2024.