Afghanistan’s Taliban Is Evil, but Don’t Isolate the Afghan People 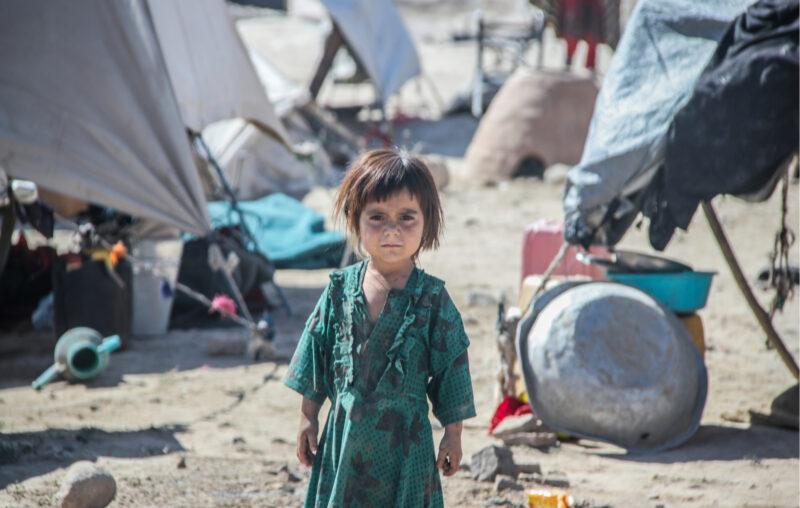 When I visited Afghanistan a decade ago on a NATO press trip, a Marine Corps captain sidled up to me after a visit to an Afghan police training facility. “Everybody is selling you something,” he said. And everybody certainly was. At almost every point, what I was told informally after contradicted what I heard officially before.

Which helps explain the failure of the U.S. mission. Afghanistan is the legendary “graveyard of empires,” a challenging landscape ruled at the village and the valley level. An artificial country mixing multiple ethnic groups whose boundaries conflict with national borders, it long existed as a country only notionally, with a king and UN representative, but no controlling national government.

America’s original objectives were to wreck al-Qaeda for mounting the 9/11 strike, and punish the Taliban for hosting al-Qaeda. The U.S. achieved those goals within two months. Then, Washington turned to nation-building, a nation that the Afghans designed for themselves.

Much went wrong with America’s 20-year campaign, which cost thousands of American and allied lives, and tens of thousands of Afghan lives. Millions of Afghans were displaced, and trillions of dollars were burned in the process.. Perhaps the most fundamental shortcoming was the essential mismatch between what Afghans wanted and the allies offered. Many rural Afghans rejected the Taliban’s extreme social vision. However, like the early American colonists, they insisted on ruling themselves.

Many Afghans either refused to support or violently rejected the allied creation, a corrupt, ineffective centralized government backed by a largely non-Pashtun, ill-trained, poorly supported, “ghost” security force. Few urban residents who preferred the obviously flawed government to the Taliban joined the military to defend the regime. In the end, as Gertrude Stein said of Oakland, there was no there there.

Although the Biden administration mishandled the withdrawal, the system’s swift collapse demonstrated that Biden was right to end U.S. involvement. The choice was not leaving or sticking around for a few more months or even years. The choice was leaving or staying forever. The government the allies created could survive only with permanent allied support, and more than a couple thousand Americans.

In any case, what’s done is done. The question now is how to deal with the Taliban in the future. In the 20 years it has been out of power, the group has learned both technology and public relations, and claims to represent, to paraphrase President George W. H Bush, a “kinder, gentler” Islamic fundamentalism. Although there is some evidence of moderation, at least in major cities where the international news media still reports, examples of brutality, intolerance, and violence are rife.

This has spurred more than a few proposals to isolate the new regime: deny it recognition; impose economic sanctions; end aid programs; freeze the prior regime’s bank accounts; ban Afghan athletes from international competitions; forbid foreign travel and more. Some of those who designed the allies’ failed war now insist that the Taliban essentially abandoned the religious/political vision which animated its quarter century fight for power.

Such a punitive, hostile policy has obvious appeal. After all, Taliban leadership is malign. However, while punishing the conflict’s victors would make the West feel better, it would not necessarily improve the condition of those stuck in Afghanistan. To the contrary, isolation would hurt the Afghan people more than Taliban leaders.

The greatest allies of the U.S. and other Western nations remain the Afghan people. Although the Taliban won control of most of the country with a veritable Blitzkrieg, that reflected government weakness, not Taliban strength. Resistance has already emerged in the Panjshir Valley and cities such as Jalalabad. Opposition also is almost certain to grow in non-Pashtun areas, such as Herat, in the west near Iran, and Mazar-i-Sharif, in the north toward Uzbekistan. Even many Pashtuns will soon chafe under Taliban rule.

The country and population are radically different from 20 years ago. The economy has burgeoned and modernized; living standards have jumped; the role of women has been transformed. Nearly half of Afghans are under 15 and two-thirds of the population is under 25. They have no memory of the Taliban’s previous trek back to the 7th century; most are tech-savvy and imagine a future very different from that offered by the armed men now ruling the streets. The U.S. and allies should seek to open new avenues to continue reaching the Afghan people with information and opportunity.

First, Washington should establish diplomatic ties with the new regime. Recognition is a channel of communication, not a political reward. It is more important to talk with adversaries than friends. Imagine the Cold War without diplomatic exchanges between the U.S. and Soviet Union. In contrast, witness the confrontations that resulted when Washington and Pyongyang did not talk.

Second, encourage personal, nongovernmental, and myriad other unofficial contacts. America and Europe need multiple windows into the new Afghanistan; Afghans need additional openings to the rest of the world. Civil society should engage everyone, including the Taliban—officials, scholars, imams, and even fighters.

Fourth, illustrate a world of possibilities to a Taliban government which proves to be responsible, even if not liberal. A government that moderates its treatment of minorities, acknowledges a public role for women, chooses reconciliation over revenge, bars terrorist activities by jihadist groups, and rejects subversion of its neighbors could be accepted economically and politically by other nations and international organizations.

Fifth, set serious but achievable objectives in dealing with the Taliban. Afghanistan exists in perhaps the world’s least free region. China and Russia are its great neighbors. Pakistan is its closest ethnic and religious collaborator; Iran and India may be the most antagonistic nearby states. The four “Stans”—Uzbekistan, Tajikistan, Kyrgyzstan, and Turkmenistan—are Kabul’s closest contemporaries, authoritarian, poor, and insular. Of all, only India approaches a free society. Influencing Afghanistan will be no mean feat.

The U.S. and allied powers should use money as an incentive. In the short term the new regime faces possible economic collapse. There are frozen Afghan government funds that could be freed, development monies that could be released, and sanctions on Taliban leaders that could be dropped. To keep the lights on and people fed, the regime desperately needs resources, which could be conditioned.

However, this tool must be wielded pragmatically, with care. The Taliban is not without other potential sources of assistance. For instance, China, especially, has indicated its interest in developing Afghanistan’s abundant mineral resources. Pakistan has warily supported the Taliban over the years, as did Saudi Arabia during the group’s first stint in power. Iran and Russia might treat economic cooperation as geopolitical pay to play. Still, all these countries will demand something in return, which the Taliban will be loath to give.

Afghanistan’s collapse was a humanitarian catastrophe. The geopolitical loss is less severe, however. Central Asia is the backyard of several great powers, but far from America. Other than history, Afghanistan matters little for terrorism, which can be orchestrated in the world’s many other ungoverned or badly governed spots. Even if, as some fear, Islamic fighters flock to Afghanistan, they are more likely to become problems for China and Russia. Those most capable of conducting acts of transnational terrorism are least likely to end up fighting in the wilds of Afghanistan.

Moreover, despite Kabul’s disastrous collapse, the U.S. should attempt to influence the Taliban for good. In the short term, certainly, serious cooperation is a long shot. Over the longer term, too, such efforts might fail. However, despite years of war, the U.S. and Vietnam eventually came to terms, forging a mutually beneficial relationship.

Washington should play the long game and focus on the Afghan people, especially the young. Today the situation looks bleak. But it is not set. Americans should continue to do what they can to generate an alternate future for the tormented country.

This article, Afghanistan’s Taliban Is Evil, but Don’t Isolate the Afghan People, was originally published by the American Institute for Economic Research and appears here with permission. Please support their efforts.