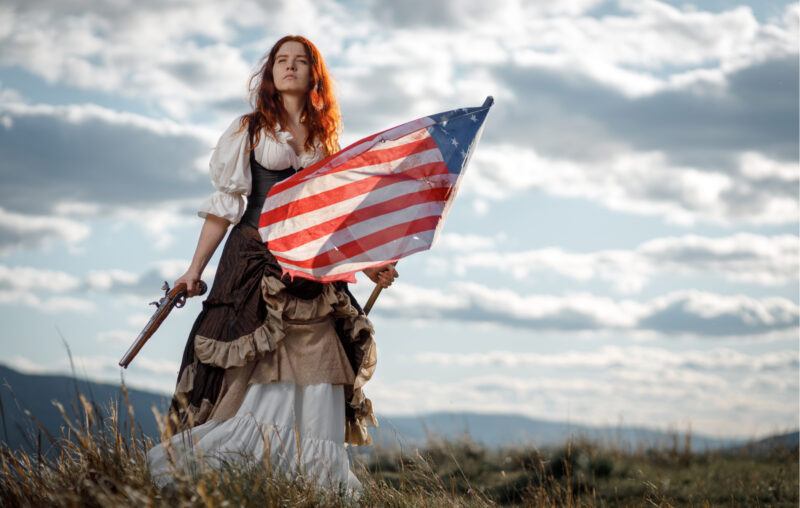 One of the most surprising parts of Adam Smith’s An Inquiry into the Nature and Causes of the Wealth of Nations is his Chapter Seven of Book Four, titled “Of Colonies.” In it, Smith discusses the effects of colonization by governments in Europe. Of particular interest is Smith’s discussion of the effects of the British government’s treatment of the thirteen colonies in North America.

It’s all there. Smith did a cost/benefit analysis, with actual numbers, of Britain’s policy of maintaining the colonies, in which he totaled up the costs to Britain and estimated that these were well above the benefits. He then gave a simple explanation, by way of an analogy with shopkeepers, for why the British policy persisted despite the unfavorable cost/benefit ratio. Smith then advised the British government to give up its colonies and predicted that it would not do so without being defeated in war. As a bonus, he predicted that the nation that would arise from those colonies would become the most powerful nation in the world. On top of all this, Smith made a terse but passionate defense of economic freedom.

How did Britain benefit by maintaining the colonies? In Smith’s view there was only one way: Britain had “exclusive trade” with the colonies. That is, the colonists were not allowed to buy certain goods from any country other than Britain and the colonists were not allowed to sell certain goods to any country other than Britain. To some extent, in short, Britain had a monopoly on trade with the Thirteen Colonies.

The maintenance of this monopoly has hitherto been the principal, or more properly perhaps the sole end and purpose of the dominion which Great Britain assumes over her colonies. … The Spanish war, which began in 1739, was principally a colony quarrel. Its principal object was to prevent the search of the colony ships which carried on a contraband trade with the Spanish Main. This whole expence is, in reality, a bounty which has been given in order to support a monopoly. The pretended purpose of it was to encourage the manufactures, and to increase the commerce of Great Britain. But its real effect has been to raise the rate of mercantile profit. … Under the present system of management, therefore, Great Britain derives nothing but loss from the dominion which she assumes over her colonies.

I confess that I do not understand why these monopoly profits are “nothing but loss.” Perhaps Smith got a little carried away because of his justifiable hatred of monopoly privilege. Fortunately, Smith’s cost/benefit analysis did not depend on his “nothing but loss” claim. Later in the chapter, Smith admitted that the monopoly would benefit British producers, but did a numerate analysis in which he argued that these benefits were small and that the costs to the British government of defending the thirteen colonies were large. He wrote:

A great empire has been established for the sole purpose of raising up a nation of customers who should be obliged to buy from the shops of our different producers all the goods with which these could supply them. For the sake of that little enhancement of price which this monopoly might afford our producers, the home-consumers have been burdened with the whole expence of maintaining and defending that empire. For this purpose, and for this purpose only, in the two last wars, more than two hundred millions have been spent, and a new debt of more than a hundred and seventy millions has been contracted over and above all that had been expended for the same purpose in former wars. The interest of this debt alone is not only greater than the whole extraordinary profit which it ever could be pretended was made by the monopoly of the colony trade, but than the whole value of that trade, or than the whole value of the goods which at an average have been annually exported to the colonies.

Why, then, if the “little enhancement of price” for Britain’s producers was so much less than the cost of defending the colonies, did Britain hold on to the colonies? Smith answered by using an early version of public choice economics: he pointed to the incentives of the various players. Smith wrote, in this famous passage:

To found a great empire for the sole purpose of raising up a people of customers may at first sight appear a project fit only for a nation of shopkeepers. It is, however, a project altogether unfit for a nation of shopkeepers; but extremely fit for a nation whose government is influenced by shopkeepers. Such statesmen, and such statesmen only, are capable of fancying that they will find some advantage in employing the blood and treasure of their fellow-citizens to found and maintain such an empire. Say to a shopkeeper, Buy me a good estate, and I shall always buy my clothes at your shop, even though I should pay somewhat dearer than what I can have them for at other shops; and you will not find him very forward to embrace your proposal. But should any other person buy you such an estate, the shopkeeper would be much obliged to your benefactor if he would enjoin you to buy all your clothes at his shop.

In the above quote, Smith was saying that the costs of maintaining colonies in order to maintain a preferential trade arrangement exceeded the benefits—thus his statement that the project is unfit for a nation of shopkeepers. If Britain were entirely a nation of shopkeepers (sellers), these shopkeepers would bear the whole cost of defending the colonies and their loss would be far more than their gain from monopoly. Thus his analogy to the sucker deal that someone hypothetically offers a shopkeeper: buy me a house and I’ll promise to buy all my goods from you from now on. The shopkeepers would quickly reject such a deal.

This is the standard concentrated benefits/dispersed cost explanation that modern economists in the public choice tradition use to explain much of what modern governments do. The gains to farmers from farm subsidies, for example, are less than the loss to consumers from the higher prices of food combined with the loss to taxpayers to finance the subsidies. But the gains are concentrated with farmers, who are less than two percent of the U.S. workforce, while the losses are dispersed across over 300 million consumers and over 100 million taxpayers. Thus, farm subsidy programs persist despite the fact that their costs greatly exceed their benefits. What’s striking is that the explanation of government programs using the asymmetric distribution of costs and benefits, part of the modern economist’s tool kit, was used by Adam Smith over 240 years ago.

Interestingly, this Scot was not optimistic that he would persuade enough influential Brits to simply surrender the colonies. He believed, correctly, as we have known for over 200 years, that the British government would try to hang on to colonies by force. Smith wrote:

To propose that Great Britain should voluntarily give up all authority over her colonies, and leave them to elect their own magistrates, to enact their own laws, and to make peace and war as they might think proper, would be to propose such a measure as never was, and never will be adopted, by any nation in the world. No nation ever voluntarily gave up the dominion of any province, how troublesome soever it might be to govern it, and how small soever the revenue which it afforded might be in proportion to the expence which it occasioned. Such sacrifices, though they might frequently be agreeable to the interest, are always mortifying to the pride of every nation, and what is perhaps of still greater consequence, they are always contrary to the private interest of the governing part of it…

Smith even predicted the American Revolution and implicitly predicted its outcome. He wrote:

[I]t is not very probable that they will ever voluntarily submit to us; and we ought to consider that the blood which must be shed in forcing them to do so is, every drop of it, blood either of those who are, or of those whom we wish to have for our fellow-citizens. They are very weak who flatter themselves that, in the state to which things have come, our colonies will be easily conquered by force alone.

And what kind of nation would emerge from British defeat? Smith was incredibly prescient. He wrote:

The persons who now govern the resolutions of what they call their continental congress, feel in themselves at this moment a degree of importance which, perhaps, the greatest subjects in Europe scarce feel. From shopkeepers, tradesmen, and attornies, they are become statesmen and legislators, and are employed in contriving a new form of government for an extensive empire, which, they flatter themselves, will become, and which, indeed, seems very likely to become, one of the greatest and most formidable that ever was in the world.

On top of all this, Adam Smith had a moral objection to the partial British monopoly over trade with the colonies. After pointing out that the monopoly was so extensive that it led to “an absolute prohibition upon the erection of steel furnaces and slit-mills in any of her American plantations,” Smith wrote:

To prohibit a great people, however, from making all that they can of every part of their own produce, or from employing their stock and industry in the way that they judge most advantageous to themselves, is a manifest violation of the most sacred rights of mankind.

Smith’s discussion of the colonies had so many insights: the loss to imperialists from imperialism; the explanation, using basic public choice, over 150 years before the term was invented, of the incentives that led to the retention of imperialism; the prediction of, first, a revolutionary war and, second, who would win the war; the prediction about the power of the nation that would win that war; and, finally, a passionate defense of economic freedom. Adam Smith packed a lot into one part of his book. And what’s more, he got it right.

This article, Adam Smith’s Economic Case against Imperialism, was originally published by the American Institute for Economic Research and appears here with permission. Please support their efforts.