Adam Smith and Problems with the New Paternalism 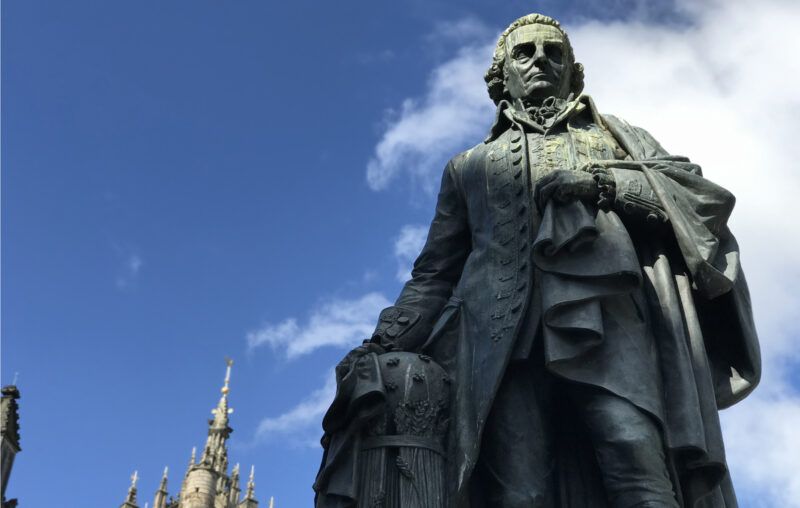 The economist Carl Menger claimed in 1891 that “in every conflict of interest between the rich and poor, the strong and weak, Smith sides without exception with the latter.” Menger’s claim has been vindicated by recent research.

Adam Smith’s advocacy of the interests of the poor is of a piece with his advocacy of what he calls the “liberal plan of equality, justice, and liberty,” which allows each person to pursue “his own interest his own way.” By allowing for an extended division of labour, Smith argued that greater economic freedom would lead to higher and growing real wages for ordinary workers and “the multiplication of the species.” Smith understood that with greater economic freedom comes greater technical progress, capital accumulation, and innovation.

An important part of Smith’s perspective lies in the dignity he accords ordinary people. Smith decried the “impertinence and presumption” of “kings and ministers” in their pretending to “watch over the oeconomy of private people” and “restrain their expence either by sumptuary laws or by prohibiting the importation of foreign luxuries.” We, Smith tells us, ought not to be so vain as to assume that we know wherein individuals’ true interests lie. We ought to view all people as they are—reasonable beings with dignity, agency, conscience, and the wherewithal to develop and pursue their interests. Every individual has their own “principle of motion,” a principle that differs from that which the hand of the state might try to impress upon them.

Hardline forms of paternalism used to justify things like sumptuary laws have diminished in popularity and practice, partly thanks to writers in the liberal tradition like Adam Smith and John Locke. In recent years, however, a new style of paternalism has emerged on the wings of behavioural economics and psychology. This new paternalism has been called by its proponents: “libertarian paternalism;” “optimal paternalism;” and “regulation for conservatives.”

Advocates of the new paternalism maintain, against hardline paternalism, that we do indeed know where our interests lie. But they argue that pursuits of our true interests are constantly derailed by predictable elements of our psychology. We would like to eat salads, save more, and smoke less, but the natural lure of fast food, spending, and smoking prevents us from doing so. We are, in other words, “predictably irrational.”

Adam Smith’s arguments throughout The Wealth of Nations take issue with hardline paternalism and advocate for dignity and liberty. I believe that his sensibilities about choice, judgment, and welfare in his first and greatest work, The Theory of Moral Sentiments, present philosophical challenges to the new paternalism and its associated political agendas.

Smith, of course, believes that we make mistakes—many mistakes. Both works are replete with examples and analyses of self-deceit, moral corruption, and wrongheaded groupthink. Smith judges private consumption decisions, and sometimes disapproves. But his analysis challenges the ideas of the new paternalism.

Underneath the new paternalism lies a tacit assumption that the human person is an “inner rational agent…trapped inside a psychological shell.” The desires of our inner agent are by assumption our desires, properly speaking; the desires of the psychological shell are basically elements of our physiology—instincts and triggered responses; “hot” or “fast” reactions as opposed to “cool” and “slow” deliberations.

The aim of the new paternalists is to quietly regulate social affairs in a way that helps people’s psychological shells work with instead of against their inner rational agents. The goal, in other words, is to “influence choices in a way that will make choosers better off, as judged by themselves.” If desserts are placed below eye-level we will be less likely to indulge at lunch; if cigarette packs are taxed and plastered with ghastly pictures we will be less likely to smoke. Refraining from these things is what we really want to do.

At first blush there appear to be significant parallels in Smith’s ideas and the underlying formulations of the new paternalism. Smith too conceives of the person as a multiplicity of desires that often conflict. We are regularly “prompted” by “the importunate solicitations of present ease of pleasure” to “break in upon [our] plan of conduct.” We feel ourselves to have been in error when our inner being or “man within the breast” disapproves of our conduct.

But further engagement with Smith gives rise to critical questions: First, how are we to know whether a person’s actions that appear to be in error are actually in error, as judged by that person’s own inner being? Second, is satisfying the desires of our inner being where our welfare or “true interests” actually lie? Third, how does self-command develop?

To answer the first question, new paternalists invoke notions of rationality developed by twentieth-century economists and decision theorists, for example, that the rational person acts upon a set of complete, consistent, and context-independent preferences. The supposed gold standard of rationality is how a person would act if she had “complete information, unlimited cognitive abilities, and complete self-control.” If a person doesn’t act in such a way, she is said to exhibit irrationality.

It is unclear what it would mean for a human being to have complete information, unlimited cognitive abilities, and complete self-control. From a Smithian perspective, such a notion leaves little room for context and situational responsiveness in reasonable human action. For Smith our inner judge is not and can never be reduced to a rule—he is a judge who adopts and applies rules in continuously novel contexts through creative renderings of precedent. In every circumstance he brings to bear a kind of personal coefficient of judgment. It is useful to adhere to maxims of conduct and judgment. But “to affect, however, a very strict and literal adherence to them would evidently be the most absurd and ridiculous pedantry.”

Let’s say that Charlie, reflecting on his long-term values and goals, makes a commitment to abstain from eating processed sugar. When he breaks his commitment, he feels the sting of disapproval from his inner judge. But might there be some situations in which Charlie seems, from our perspective, to violate his commitment, yet still earns the approval of his inner judge? Suppose Charlie goes to lunch with his grandfather. While he steps outside to answer a phone call, his grandfather orders him a slice of pie. When Charlie returns, he eats the pie, enjoying his grandfather’s enjoyment of watching him enjoy it. Did Charlie err? From our perspective it is not clear.

We may often be able to discover reasonable explanations for apparently odd or inconsistent behaviour by tending to circumstantial details and reflecting on the ways in which different virtues and values trade off against one another in our choices. Sometimes hospitality and agreeableness trump dietary vigilance—and properly so.

We simply don’t have the knowledge to conclude that apparently inconsistent behaviour is evidence of widespread error and irrationality. Without such a conclusion, those who attempt to justify regulations of, say, sugar consumption, must do so on more openly paternalistic grounds.

Our second question raises a more fundamental issue. Is simply pleasing our inner judge a good proxy for our welfare? Smith, I think, would say “no.” Our inner judge represents our deepest-to-date moral convictions and values, so we naturally desire his approval. But welfare in Smith has a more dynamic aspect—welfare resides in a sense of upward vitality, a sense of progressing towards conduct that is not simply praised by our inner judge, but that ought to be praised. We strive for improvement of our preferences, not just satisfying a set of static desires. We strive towards a loose and indeterminate notion of perfection, a notion that we cultivate from our “observations [and reflections] upon the character and conduct both of [ourselves] and of other people.” Life is a process of self-discovery that necessarily involves experimentation, error, and a degree of inconsistency between past, present, and future perspectives. But inconsistency, on such an understanding, doesn’t necessarily signal error—it may well indicate learning.

Dynamic perspectives on welfare exacerbate the error-identification problem. If we ourselves are in the process of discovering our values, how can an external party possibly arrange our choices such that they make us better off as judged by ourselves?

To speak of any kind of “paternalism” justly smacks of “parentalism,” of treating others like children, and that brings us to the third problem, the cultivation of self-command. Smith identifies the wide world of social experience as “the great school of self-command.” We learn through error, instances of self-disapproval, and social feedback. We learn to act like adults by being treated like adults, not children; we learn responsibility by having responsibility.

The point is not to say that we can do nothing to help individuals better themselves. It is to say that, at least from a Smithian perspective, we must carry on that conversation in terms other than those proposed by the new paternalists. We should talk in terms that recognise the problems that inhere in claims about regulating affairs that make people better off by their own standards.

Reprinted from the Institute of Economic Affairs

This article, Adam Smith and Problems with the New Paternalism, was originally published by the American Institute for Economic Research and appears here with permission. Please support their efforts.