A Very Odd Confluence Of Events 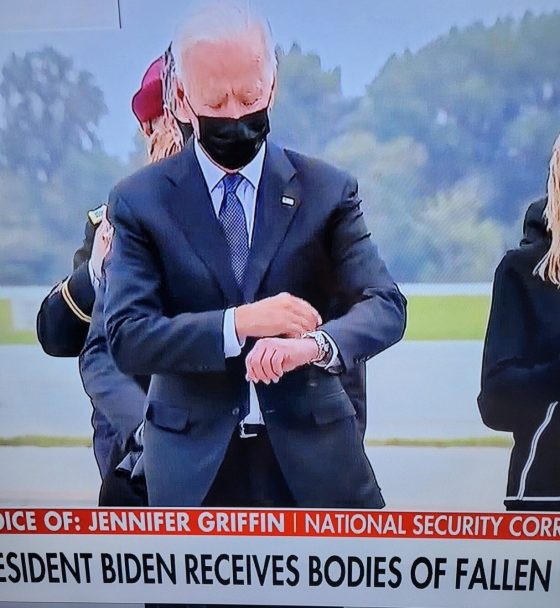 August has definitely been a “turning point”, and in recent weeks we have had the opportunity to watch some incredibly shocking events unfold which will change the course of history permanently.  At this moment, Hurricane Ida is the biggest story that everyone is discussing.  As I warned about on Friday, Ida went through a period of “rapid intensification” in the Gulf of Mexico before coming ashore in Louisiana on Sunday as an absolutely monstrous storm.  It hit New Orleans exactly 16 years to the day after Hurricane Katrina did, and many are pointing out that this seems to be a really “strange” coincidence.

Ida has become the first landfalling hurricane on United States soil in 2021, and AccuWeather forecasters, expecting extreme impacts for the Gulf Coast, have rated Ida a 4 on the AccuWeather RealImpact™ Scale for Hurricanes.

The extremely high winds have torn roofs from countless homes and buildings, and in some cases power lines have been snapped in two.

At this hour, hundreds of thousands of local residents are without power, and Governor John Bel Edwards is telling the press that Ida could be the most powerful storm to hit Louisiana in over 160 years…

Louisiana Gov. John Bel Edwards said the storm could be the most powerful to pound the state in more than 160 years. Hurricane Katrina, which flooded most of New Orleans, killing almost 2,000 people and causing damages estimated at $125 billion, made landfall 16 years ago to the day – as a Category 3 storm.

From an economic standpoint, one of the biggest concerns is that nearly all of the oil production facilities in the Gulf of Mexico have been forced to temporarily close down…

More than 95% of the Gulf of Mexico’s oil production facilities have been shut down, regulators said Sunday, indicating the massive storm is having a significant impact on energy supply.

Six refineries in the New Orleans area — including PBF, Phillips, Shell, Marathon and two Valero refineries — are shut down right now, Andy Lipow, president of Lipow Oil Associates, a Houston-based consulting firm, told CNN Business. “It’s now a waiting game to assess whatever wind and flooding damage will be caused as the hurricane passes through the area.”

Needless to say, this is likely to cause another supply crunch, and we already being warned to expect significantly higher gasoline prices…

Andrew Lipow, president of Lipow Oil Associates in Houston, said Saturday that if the New Orleans refineries take a direct hit from a Category 4 storm, gas prices would likely rise by about 10 cents a gallon in the Southeastern and Mid-Atlantic markets.

The way that the Biden administration has handled this crisis has been utterly shameful, and it has resulted in the deaths of 13 service members.

As Hurricane Ida was pummeling Louisiana on Sunday, Joe Biden and his minions were overseeing the transfer of the remains of those service members…

In a silence broken only by the sobs of bereaved families, Joe Biden stood Sunday, hand over his heart, to pay tribute as the remains of the US service members killed in the Kabul bombing attack were transferred from a military C-17 cargo plane to a closely parked row of gray hearses.

But Biden grew impatient at one point, and footage of the event actually shows him checking his watch.

If you have not seen this shocking moment yet, you can view it right here.

Did he really think that nobody would notice?

Later on, reporters wanted to ask Biden some questions about Afghanistan, but he abruptly refused…

‘I’m not supposed to take any questions, but go ahead,’ he said as he turned to the travelling press pool.

‘On Afghanistan…’ said a reporter before he cut him off.

He snapped: ‘I’m not going to answer Afghanistan now.’

The president turned away from the press pool to talk to FEMA staff as the reporter continued with a question about whether he still believed ‘there was an extreme risk at the airport.’

Of course these days “weak” and “pathetic” are words that are often used to describe the man that is currently residing in the White House.

The Biden administration desperately needs a new distraction, and it appears the one has conveniently come along.

A new coronavirus variant, C.1.2, has been detected in South Africa and a number of other countries, with concerns that it could be more infectious and evade vaccines, according to a new preprint study by South Africa’s National Institute for Communicable Diseases and the KwaZulu-Natal Research Innovation and Sequencing Platform. The study is awaiting peer review.
Scientists first detected C.1.2 in May 2021, finding that it was descended from C.1, which scientists found surprising as C.1 had last been detected in January. The new variant has “mutated substantially” compared to C.1 and is more mutations away from the original virus detected in Wuhan than any other Variant of Concern (VOC) or Variant of Interest (VOI) detected so far worldwide.

There are now dozens of variants running around out there, and each new variant is a threat to cause another new “wave” of this pandemic.

Prior to 2020 I was warning that it would be “one thing after another” once we got into the “perfect storm” that we are currently experiencing, and we are now being told that Americans are developing “disaster fatigue” because of all of the bad things that have happened over the last couple of years.

Sadly, many believe that much more chaos is dead ahead.

These are extremely troubled times, and we desperately need strong leadership from our representatives in Washington.

Unfortunately for all of us, Washington has become a complete and total cesspool, and the whole world is laughing at the endless stream of incompetence emanating from the White House.