A U.S. Wealth Tax Would Force Wealth Out of the U.S. 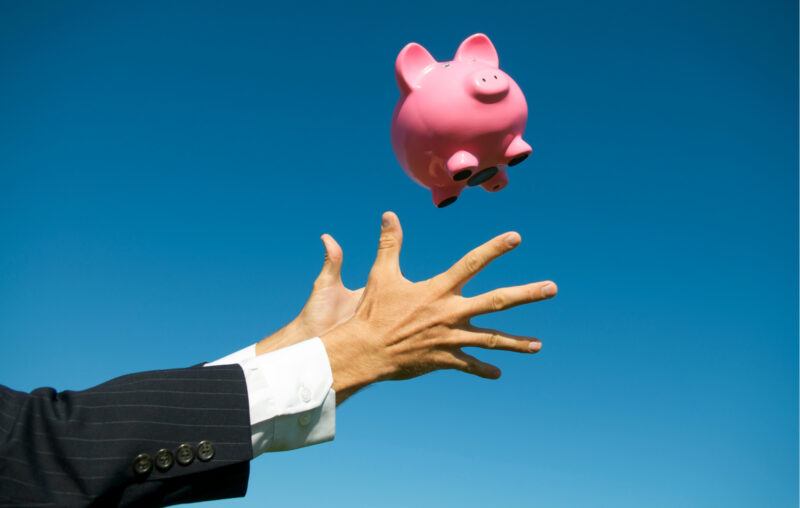 In Amazon’s first twenty years as a public company, its stock went on a wild ride. During seventeen of those twenty years, Amazon’s shares corrected downward to the tune of 20 percent at least once a year.

Please think about the volatility of Amazon in concert with the recent wealth-tax proposal rolled out by Oregon Sen. Ron Wyden, but that is really the brainchild of Bernie Sanders and our 46th president, Joe Biden. Wyden, Sanders and Biden would like to see billionaire wealth annually taxed at the long-term capital gains rate of 20 percent. This tax would fall on unrealized capital gains.

Please stop and think about if this levy had been around in the year 2000. Amazon founder Jeff Bezos was already a billionaire on paper by then, but big believer that he was and is in his creation, he largely held on to his shares. So imagine an implementation of the tax as the 21st century began. If so, Bezos would have handed over hundreds of millions (at the low end) to the IRS. All well and good? Billionaire fleeced? Well, not so fast.

Indeed, while the price per share of the Seattle online retailer soared to over $100 in 2000, by the fall of 2001 Amazon’s price per share was back down to the single digits. Again, we’re talking about a company whose value has been a wildly moving target for much of its existence. Big moves upward combined with big moves downward.

In Bezos’s case, he would have paid hundreds of millions in “wealth” taxes in 2000, only to see his net worth plummet the following year. Would the IRS have then owed taxes paid back to Bezos to reflect his reduced condition?

The answer to the above question is arguably moot, and for obvious reasons that extend well beyond the obvious impracticality of the Wyden proposal, not to mention its constitutionality. To see why, consider what’s being proposed: the Democrats would pay for their long wish list of federal programs by taxing the liquid assets held by billionaires. Think stocks, bonds, and cash. The question is moot simply because no billionaire would reasonably hold liquid assets if the unrealized gains of same could be so easily confiscated.

Looked at in the present, someone like Bezos would logically set in motion Amazon’s going private as a way of shielding hundreds of billions of unrealized gains from the tax man. Elon Musk and countless others would do the same. The losers under such a scenario would be non-billionaires eager to build their savings, along with the U.S. economy more broadly.

To see why, consider the rewards enjoyed by buy-and-hold investors (realistically mimicking the genius of billionaire investor Warren Buffett) who’ve stuck it out with Amazon, Apple, Tesla and other successful companies. Barring that, simply consider the gains enjoyed by the typical investor merely exposed to indexes that include market-cap-weighted exposure to the U.S.’s most highly regarded businesses. If all companies were private, opportunities for the typical saver to amass wealth would be greatly reduced.

As for the U.S. economy, public markets make it possible for shareholders to conduct daily referenda on corporations. Stock markets at their core are information-processing machines, and as processors of news, stock markets rapidly inform corporations when they’re on or off track. Except that with a wealth tax, no business would expose so much of its precious wealth to confiscation. A wealth tax would to varying degrees blind CEOs.

Regarding the entrepreneurs of tomorrow whose innovations will eventually render Amazon, Apple, and Tesla yesterday’s news (wait, you actually thought these three and others like them would reign supreme forever?), does anyone seriously think they would keep their talents stateside in order to eventually have the proceeds of their genius fleeced? Please think again. It’s not happening, and this is true regardless of the political leanings of tomorrow’s entrepreneurs.

That’s the case because there are quite simply no entrepreneurs without capital. Translated for those a tad slow on the uptake, in order for an energetic visionary to bring life to a commercial idea, this person must first attract rather intrepid investment; intrepid because most start-ups fail. No reasonable person would expose copious sums to what will likely go bankrupt as is, but that if it does take off, will be met with high levels of taxation with each uncertain step upward.

Capital migrates to where it’s treated well. It’s as basic as that. And since no other developed country taxes wealth in the aggressive way that the Democrats are proposing, passage of their proposed tax would result in a massive flight of human and financial capital out of the United States. In other words, a wealth tax would result in a mass exodus of the people and investment that make wealth creation possible in the first place.

This article, A U.S. Wealth Tax Would Force Wealth Out of the U.S., was originally published by the American Institute for Economic Research and appears here with permission. Please support their efforts.