A Tragic Half Century Without Gold Money 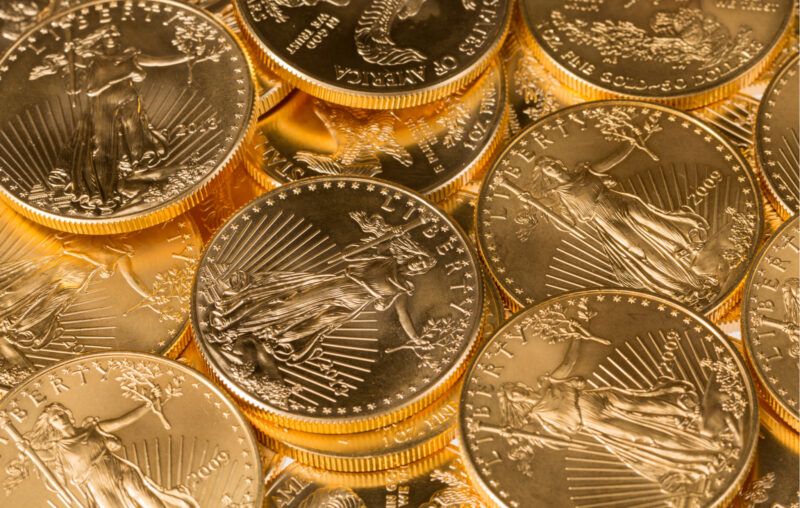 In 2012 a poll taken by the University of Chicago’s Booth School of three dozen academic economists from eight prestigious universities revealed that they all despised the gold standard; they rejected it not so much for its track record but as a possible monetary system for current times. Professors from Chicago (8), Stanford (6), Yale (5), Harvard (5), Berkeley (5), MIT (4), Princeton (4), and Columbia (1) spoke with one voice and not a scintilla of intellectual diversity.

Surely then they must know something I don’t know, me being a serious scholar and proponent of the gold standard. Alas, it isn’t so. Their view is a product of their time, not of monetary science.

Unlike foes of the gold standard today, the fans of it a century ago had facts and logic on their side; but also, nothing material has transpired since 1921 to make the case for a golden monetary system any less valid. Indeed, the current unanchored “system” of monetary nationalism, with its dozens of floating, sinking, and gyrating currencies both defies logic and deranges economies. This is what today’s “prestigious” foes of gold implicitly condone: the subjective, the arbitrary.

Today the case for a gold-based monetary system is dismissed out of hand, in parrot-like unison, as unprofessional, as mere quackery; a century ago, opposition to gold-based monetary systems likewise was ridiculed as the amateurish rants of cranks. A crucial phenomenon this reveals is that economics–at least “establishment” (i.e., conventional, acceptable) economics–is logically downstream from politics, just as politics (I would argue) is downstream from culture and morals. For good or ill, politicians and bureaucrats get the monetary system that they (and voters) want.

If the philosophy of a previously-free nation changes for the worse–i.e., toward authoritarianism–such that voters demand that government exert free reign in money and public finance, with unlimited scope for fiscal profligacy, any type of gold standard will have to relent. This traditional bulwark of monetary integrity and solidity will be countered, coopted, and crushed. The gold standard wasn’t suspended in 1933-34 because it caused the Great Depression or the wave of bank failures, nor did it disappear in 1971 because it somehow “didn’t work” anymore. It’s been gone since 1971 because fiscal alchemists in charge of profligate states couldn’t make it work like magic, meaning: they couldn’t expand the gold supply as much as they expanded government.

Fifty years without a gold-based monetary system is not only unprecedented in human history but unfriendly to economic prosperity. When President Nixon jettisoned the Bretton Woods gold-exchange standard on August 15, 1971, many folks thought it was a temporary measure; not coincidentally, it came with wage and price controls. But the balkanized, nationalistic non-system that followed 1971 has persisted. The terrible legacy of this fundamentally arbitrary system—one endorsed by Marxists, Keynesians, and Monetarists alike—is a sustained erosion of sound finance.

Most economists who examine the gold standard (a dwindling lot of us, to be sure) tend to focus most on its history or mechanics, regardless of the different forms the standard might take and apart from whether economists identify as fans or foes of gold-based money. By reference to such criteria as efficiency and practicality, it is well-established and well-proven that gold-based monetary systems have best facilitated price discovery, profit calculation, private planning, saving and investment, international trade, and—consequently—economic prosperity.

Importantly, efficient, practical success was most evident during the decades of the classical gold-coin standard (1870-1913), but less so when government hoarded and debased gold under the gold-bullion standard (1914-1948), and even less so under the gold-exchange standard (Bretton Woods, 1948-1971), when the U.S. dollar alone was directly redeemable in gold (for foreign central banks) then further debased. A close study of these distinct versions of the gold standard shows that they tracked closely the prevailing size, scope, and power of the U.S. government.

A minimalist, more constitutionally limited government prevailed under the classical gold-coin standard; it was four decades of free trade, no income tax, no central bank, no welfare state, and no major wars. Subsequent versions (1914-1948, 1948-1971) were accompanied by massive increases in the welfare-warfare state; gold money suffered amid wars, deep recessions and depressions, systemic bank failures, and mass unemployment. Disingenuous observers (and perpetrators) of these various catastrophes cleverly (and falsely) blamed the gold standard and capitalism, even as each was assaulted, in accord with the wishes of socialists and fascists.

Successively weaker versions of the gold standard over the century of 1870-1971 mirrored successively stronger (i.e., more statist, more invasive) versions of U.S. federal governance. The welfare state has grown enormously, but for electoral reasons it can’t be sustained by ever-higher taxes; it needs more deficit spending, hence more public debt, hence more debt monetization, hence more fiat money creation. None of that is consistent with a gold standard (of any type).

Statism largely explains why gold-based money was jettisoned and why its restoration won’t come easily (or soon). It’s not the mechanics of gold that bar a clear path to monetary sanity; in fact, it isn’t very difficult to end central banking and reinstate the gold standard. The root problem is that central banks exist not to “fix market failure,” “smooth the business cycle,” or “fight inflation” but to facilitate public profligacy. Thus, central banks will persist so long as fiscal profligacy persists, and the latter will persist–and even intensify–the longer we’re left to work without gold money.

Figure One illustrates how the U.S. dollar was “as good as gold” from the time of the nation’s founding in 1787 (thanks to Treasury Secretary Alexander Hamilton) until WWI, with the exception of the inflationary “greenback” era during America’s Civil War. In this amazing century-and-a-quarter, inventors, capitalists, and entrepreneurs heroically built America’s agricultural-industrial-financial might. Gold wasn’t an impediment to this fine achievement but an impetus.

As I’ve documented previously, the production of money isn’t the same as the production of wealth, of real goods that enhance living standards. Humans need wealth more than money, and money only to the extent it facilitates the creation of wealth. Which type of money has best promoted real U.S. output in the past century? Gold-based standards (Table One) with 4.9% per annum growth in industrial output during 1921-1948 (a period which includes the Great Depression and the destruction of WWII) and 4.2% per annum even amid the less-solid Bretton Woods gold-exchange standard (1944-1971). U.S. output has grown least since 1971 (a mere +2% per annum), when gold was absent from the monetary system. Slow growth is now the norm. This system is preferred by academic-economic elites today. Are they not the real monetary cranks?

Consider, also, the record of U.S. federal deficit spending since 1921. It’s been most prominent over the past fifty years, the years without the dreaded gold standard. Budget deficits have occurred 94% of the time since 1971. This is now the norm. Do academic elites despise the gold standard because they prefer both slower economic growth and greater public profligacy?

The best that can be done in the near term is to make central banks adopt a gold price rule, an approach I’ve explained and defended elsewhere (“Real and Pseudo Gold Price Rules,” Cato Journal, 2020). But even this requires rulers to follow a rule. In today’s world, where objectivity and the rule of law are in retreat, while authoritarian discretion is on the march, any rule (of any kind) is dismissed by monetary central planners as too rigid, even dangerous. In truth, the planners want to evade accountability; they also tend to prefer more statist government.

Just as economic-monetary systems reflect political systems, for good or ill, so political systems reflect moral-philosophic systems. The philosophic basis of the gold standard includes an individualistic ethic, a widespread love of liberty, robust entrepreneurship, respect for property rights, the maintenance of constitutionally limited government, free trade, and peace. When these features are diluted, disdained, or dismantled, gold-based money necessarily leaves the scene. A once-objective system of real money is displaced by subjective schemes and “virtual” money.

More than a quarter century ago, I wrote that:

Free banking and the gold standard require a context of greater political freedom. All over the world, people have been protesting big government and voting for freer political systems. If the growing resentment of the failures of central planning and the growing respect for free markets grows further, free market money may be possible one day. The factual evidence of its past performance is a matter of public record—it must be taken seriously by monetary reformers. What is needed above anything else is a clear and unequivocal endorsement of the classical liberal philosophy held by America’s Founding Fathers. The prospects for free banking and gold money depend ultimately on the prospects for liberty. (Gold and Liberty, AIER, 1995, p. 122)

Prospects for a gold-based monetary system in our future are as bleak as are prospects for liberty.

This article, A Tragic Half Century Without Gold Money, was originally published by the American Institute for Economic Research and appears here with permission. Please support their efforts.