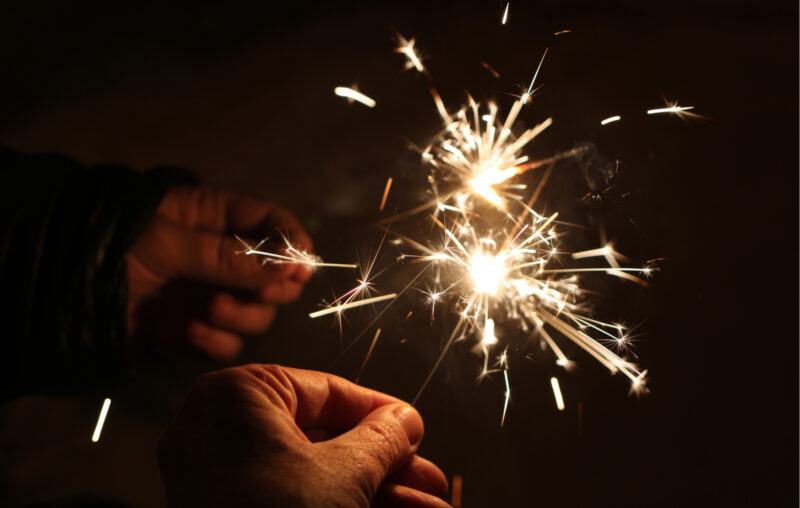 Let lovers of liberty resolve this New Year to turn against collectivist groupthink and return to the basic principles of economics and common sense that made America’s first 245.5 years relatively happy and prosperous.

Readers sometimes complain that my words and sentences are too long. I believe them, because telling assertions often go uncontested or ignored as if readers did not understand the point. So this post is going to reit … go over several points that I made early in the pandemic. Again, very slowly, so that maybe even a few collectivists will start to get it.

Points 1 through 4 are not easily contested individually. Together, they constituted “common sense” until March 2020. Lockdowns violated them then, and mask and vaccine mandates do so now.

Point 1 means that each American can decide for himself if he wants to risk Covid infection by not taking a vaccine. Not that such people are being suicidal, as many have strong natural immunity because they have already recovered from Covid. Others believe that the risk from the vaccine is greater than the risk from the disease. One need not be an anti-vaxxer to conclude that. Covid is still a mild illness for most. Top lawyers say that nobody has financial responsibility for harm created by the shots, records related to them are being sequestered for years and even decades, and media censorship of adverse reactions appears rampant. So the whole thing smells too fishy for many to stomach. Don’t blame the victims of the complete loss of trust in public health authorities.

Point 2 relates to the non-exemption of those who have acquired natural immunity. Vaccine mandates expose them to a positive risk, even if it is a low one, despite the fact that they can prove beyond a reasonable doubt that they cannot spread Covid. Doctors can test for immune resistance to Covid, so why do policymakers not take natural immunity into consideration? And why don’t policymakers give those without immunity organic options for acquiring it, like variolation? Omicron appears to be so weak that it may be less risky to be infected with it than to take one of those new-fangled shots that nobody wants to take financial responsibility for. At least give people the option of “boosting” via natural immunity instead of the synthetic stuff.

Point 3 is about the way the socioeconomic world functions. Americans constantly create minor inconveniences for others. If you don’t believe me, try driving on any part of the New Jersey Turnpike at just about any hour of any day. But authorities don’t shut the dangerous thing down, they fine those who drive too fast and recklessly. The same principle should be/have been applied to Covid policies.

The point about Coase, Point 4, is key. When rights conflict, the party with the lowest cost of ending the conflict or reducing the harm should be the one to act. That varies with the context. Unvaxxed people can spread Covid to vaccinated and boosted people. But the latter can also infect the former. So we are really in the same situation as during the pre-vaccine stage: If you have symptoms or have tested positive, stay home and get well. If you don’t, it is up to other people to protect themselves by staying healthy, staying home, or getting vaccinated, as they see fit after consulting their personal physicians, not some talking head on TV or some distant government “official.”

Policymakers could be, and should be, teaching our children these basic lessons in economics and common sense so that nothing like the last 21 months ever happens again. Instead, they waste time on “call it what you will” collective victimization studies, creating a generation of people expecting direction from on high instead of following what sociologist David Riesman called the inner-directed personality.

The United States may not be at the end of the end, but it could well be at the beginning of its final act if lovers of liberty cannot find a way to clobber collectivist groupthink and foster understanding of the concepts that constituted the core of the nation’s long period of initial success. Let’s make achieving that goal a New Year’s Resolution.

This article, A Simple New Year’s Resolution, was originally published by the American Institute for Economic Research and appears here with permission. Please support their efforts.