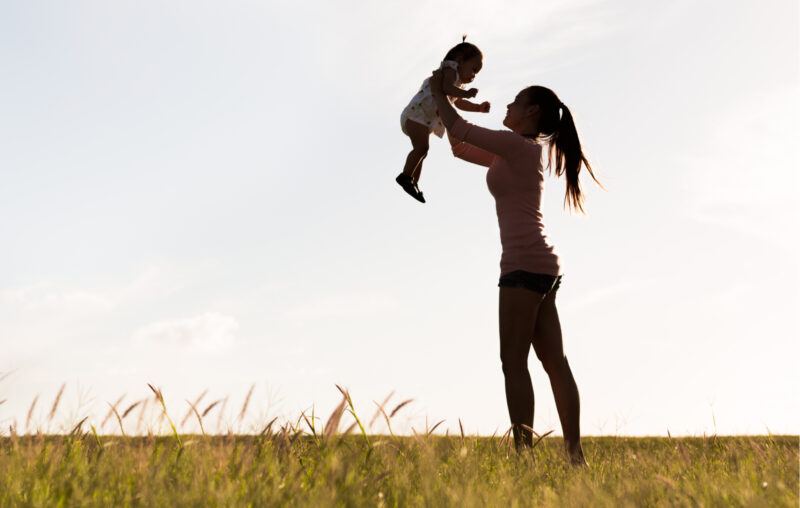 Ibram X. Kendi has made a small fortune selling “antiracism,” which sounds innocuous enough. But some worry antiracism is a kind of newspeak – racism in different garb. I know. Kendi is a person of color. Your professors at Occidental College told you that people of color can’t be racist. So let’s just say that Kendi’s antiracism – like racism – is an ideology that manages to indoctrinate and segregate.

If you’re not sure about such concerns, this tweet (later deleted), from Kendi offers a clue:

Not sure whom Kendi’s quoting here. But I remember being horrified (though not surprised) when the infamous white nationalist, Richard Spencer, replied, “Not wrong.”

Antiracism is related to a germline of toxic social justice ideology that includes critical race theory (CRT). But many people (and public school administrators) buy Kendi’s books and send him money, thinking that they will be on the side of the angels by supporting his Manichean worldview. Buying antiracist books is like buying indulgences, i.e. cheap tokens one could buy from The Church to make it more likely he could get to Heaven. But some take Kendi’s book of false binaries seriously – enough to indoctrinate children with it.

So, whether you want to self-flagellate, or inculcate, you can pick up a copy of Antiracist Baby and read it to your kids. Before you do, I have put together a handy guide to Kendi’s book. But be warned: If you happen to be white and decide to read Antiracist Baby to your child, make sure the child on your lap is not a child of color. Otherwise, you could be accused of being a colonizer who uses the child as a prop in your lifelong picture of denial.

When writing a children’s-book version of your philosophy, you have to distill your doctrine into simple terms. You’d think those simple terms would make creating a Parent’s Guide a fairly low-cost proposition. Alas, it wasn’t easy.

Still, I submit this handy guide for your consideration (Kendi quotes in bold):

Like much of Antiracist Baby, this message is for you, Dear Parent, probably more than for your child. Kendi is saying you can’t be Switzerland in racialized culture wars. The story of American race relations becomes a story without subtlety. Equal treatment is liberal racism. You’re either with Kendi or against him. And if you disagree, you are a racist.

Okay. What is racism?

Someone asked Kendi that very question. Here was his answer:

“I would define it as a collection of racist policies that lead to racial inequity that are substantiated by racist ideas.”

Puzzling. If your baby asks you what racism is, you might run into a bit of trouble, just as your child would have difficulty understanding what cannibalism is with this definition:

Unfortunately, readers of Antiracist Baby will find no such definition.

Sorry, Dear Parent. Kendi does not define “equity” either. But allow me to help.

According to RaceForward.com, equity is “the intentional and continual practice of changing policies, practices, systems, and structures by prioritizing measurable change in the lives of people of color.”

Notice that those responsible for changing policies, systems, and structures are obliged to prioritize change in the lives of people of color, not members of any other group. It doesn’t matter if that person is poor or has otherwise lived at the margins. She is excluded from “equity” considerations by definition. Equity policies are designed to come at the expense of non-people of color (whites) – even poor ones – not to mention Subcontinental- and East-Asians, too, who are summarily dismissed as embracing “whiteness.”

According to antiracists, justice is a cosmic scoreboard of historical grievances by groups. Equity, therefore, means you need to cross a red line through the Fourteenth Amendment, which guarantees “equal protection of the laws.”

But Antiracist Baby will grow up to strike that clause!

I don’t want to spoil it for you, Dear Parent, but later Kendi writes that “all races are not treated the same,” which we’re supposed to square with the idea that “race” isn’t “true.” If it’s confusing to you, it will confuse your baby, too. So in the interests of clarity, maybe Kendi wants you to think of it like this: People are born with different colors, which is obvious. So how on earth can you be “color-blind?”

Maybe racist-you once thought it was essential to teach children to ignore human characteristics or categories that are not relevant to basic questions of peaceful human interaction (also known as color-blindness). Judging someone by the “content of their character” once seemed relevant to the ends of toleration, inclusion, and peaceful coexistence. But you were wrong, according to Kendi. So was MLK. You can’t use that kind of metaphorical language with babies or anyone else. (And if you do, you’re being racist.)

I realize that might be confusing, but to avoid “neutrality” (read: racism), you have to get loud about the relatively rare incidents of white violence against people of color. If your child inquires further about the issue, use the word “systemic” and wave your hand like Obi-wan. Remember: Your job is to indoctrinate your baby: Only white people are the perpetrators of violence and only people of color are the victims of violence.

Or is he talking about the trillions of dollars the Federal Reserve prints, much of which goes into the pockets of wealthy bankers? Maybe not. Inflation affects people of all races.

Maybe he’s talking about the tax dollars – from middle-class and poor people – that go into the pockets of billionaires such as Vivek Ranadivé, the Golden One arena owner in Sacramento. (Or is corporate welfare for Ranadivé cool because it’s a “measurable change” in the life of a person of color?)

There are so many examples in which people get more while others get less. Does it really matter if we beat our breasts?

Kendi’s use of the passive voice here is instructive because even though we’re all human, Kendi doesn’t want all races to be treated the same. He wants “equity,” which we discovered is “prioritizing measurable change in the lives of people of color.”

Distilling great big ideas into a baby book is hard, so maybe we can be charitable to Kendi’s turns of phrase. When he says your Antiracist Baby can appreciate how “groups speak, dance, and create as they choose,” he’s probably referring to statistics, you know, tendencies. After all, groups don’t literally speak, dance, create or make choices. Individuals do. Some individuals share similar patterns of speech, dance, or creativity. But some individuals will choose to speak, dance, and create in different ways from those who share their superficial characteristics.

So, does Kendi want the Antiracist Baby to welcome all individuals to voice their unique views? Admittedly, that’s a head-scratcher. If someone expresses a view about the need to judge people not by the color of their skin but by the content of their character, they are a default racist, according to Kendi. It would seem odd for Antiracist Baby to welcome racist views. So we must either conclude one of two bizarre things: that Kendi either wants Antiracist Baby to welcome those with racist views, or that he really does mean that only groups are allowed to voice their unique views. That would be strange metaphysics. After all, if a view is unique, it can’t be shared by multiple group members. (Otherwise it wouldn’t be unique.)

Mea culpa. I was trying to apply the tools of “whiteness,” such as “objective, rational, linear relationships.” To provide a truly antiracist Parent’s Guide, antiracism says I should encourage you to teach your child purely subjective, irrational, and circular relationships, such as Kendi’s definition of racism.

It’s all becoming more evident now. We have this handy chart from the National Museum of African-American History and Culture to help:

If you buy Antiracist Baby, you have paid for a kind of indulgence. But you still haven’t confessed your sins. So above, when I admitted I was using rationality to interpret Kendi, I ended up having to confess my whiteness, which normalizes systemic racism. Now I just need to keep confessing. And so do you. And you need to teach your baby to do so, too.

If you were not dismayed by what hundreds of thousands of parents are reading to their children – and what’s in government schools – I hope this guide did the job. Just know that antiracists will consider your dismay an act of racism (or false consciousness if you’re a person of color.)

In the KafkaTrap down-is-up world of antiracism, everything you thought was right is now wrong. To equalize the Cosmic Scoreboard of Historical Racial-Group Grievances, liberalism must give way to illiberalism. And it is illiberal. Too many deny this, much less that antiracism is incestuously related to CRT. But it’s starting to become clearer.

In a message to “Parents and Caregivers,” Kendi writes that you are to “Help children understand that racist policies are the problem, not people.”

Forgive my “whiteness,” but there will never be a peaceful, pluralistic society if we teach children that personal responsibility is a disvalue and that the sum of human behaviors can be blamed entirely on policies. Indeed, if that were true, why would you oblige anyone to confess his racism? Would they just say “It’s the policies,” whether or not that’s true? That sort of message lobotomizes and infantilizes people of all colors. It’s the message of a cult with a will to power. And it leaves people of color with the idea that they are perpetual victims who deserve an intergenerational pity party – forever.

Maybe we should go back to reading liberalism to our children. By liberalism, I mean a cluster of ideas that includes equal freedom, equal treatment under the law, and colorblindness.

Or you can help us turn Colorblind Baby into a free website and board book.

This article, A Parent’s Guide to Kendi’s Antiracist Baby, was originally published by the American Institute for Economic Research and appears here with permission. Please support their efforts.