A New Idea Emerges at COP26 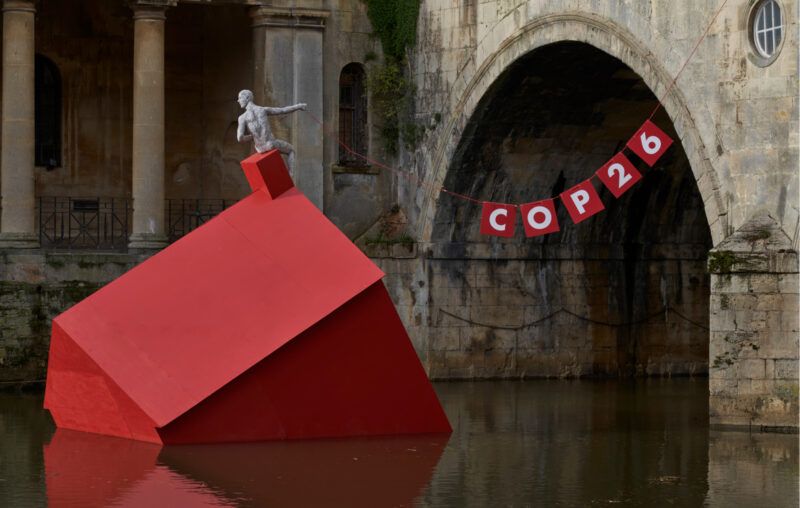 In November, 2021, 180 world leaders gathered in Glasgow, Scotland for COP26, the United Nations’ annual climate summit. But once the wheels of their private jets had touched down on domestic tarmac, it was unclear what exactly this fortnight of doomsday lecturing had accomplished. Professional truant Greta Thunberg eloquently summarized the event as “blah, blah, blah,” and advised we “shove [the] climate crisis” in a place where the Sun won’t be warming it. Though Thunberg’s criticisms are neither principled nor practical — instead predicated on a catch-all blame game of “colonial, racist, and patriarchal systems of oppression” — her insults ring true. For sensible solutions to take the place of big state spending, a fair-trade, energy-independent focused conservatism must set the agenda for climate and national security conversations at COP27.

Commitments from past conferences have been vague utopian visions of abolishing emissions, which avoid amounting to actual solutions, and are unilaterally enforced. The Paris Accords didn’t penalize China for neglecting to meet targets, and weren’t necessary for President Trump to make America simultaneously energy independent, and the leading nation in reducing emissions by 2019. COP26 was a chance to correct the record with binding resolutions which put market solutions to the forefront of international conservation efforts. One of these new approaches was the pledge to end global deforestation by 2030 which was signed by more than 100 countries. While the pledge itself is more a signalled intention than prescribed path, the recognition of the importance of forests as natural carbon sinks was significant. Trees sequester carbon when alive, but also release it when cut down; with deforestation accounting for 8 to 10 percent of carbon emissions globally.

Unfortunately, deforestation is expediently profitable in the countries with the richest forests. Countries like Brazil don’t have the enforcement mechanisms to ensure compliance with top-down mandates, so illegal logging runs rampant. And who can blame them? With the government short of a stick, farmers and loggers would refuse to comply with regulations that would rot the carrot of improved living conditions. Indonesia — which has one of the world’s highest deforestation rates — backed out of this pledge just a few days after they signed it, citing its “unfair[ness].” At the Global Conservative Climate Summit, the Honorable Werani Chilenga, MP from Malawi, reiterated how infeasible forestry policies dictated to developing nations are, when energy infrastructure in Malawi isn’t sufficient to get the population to move from charcoal to coal, let alone wind and solar. We can’t expect the poor to sacrifice their lives and livelihoods for our politicians’ sudden apocalyptic obsession.

Markets are the solution to the impotence of centralised state edicts, specifically carbon markets. Significant progress was made at COP26, where politicians ratified Article 6 of the Paris Accords and established a framework for a global carbon market. Governments and private entities can trade carbon globally by allocating ownership and property rights to carbon usage. This enables compensation to be made available for farmers for protecting carbon sinks like the Amazon Rainforest. If these markets remain free from eco-authoritarianism — like intentions to cap consumer choice according to an individual’s carbon footprint — they will provide politicians and businesses new trade tools to lower our environmental footprint while raising economic output. As the Kuznets curve and every socialist state demonstrate, no nation got more eco-friendly by being poorer.

Predictably, the presence of market solutions to conservation challenges wasn’t well-received by environmental activists. Thunberg called the concept “a dangerous climate lie” that “​​give(s) polluters a free pass to keep polluting.” It’s hard to take the Swedish schoolgirl seriously, though, when Rwanda’s environmental minister called these markets “economically vital” to the future of developing nations. Paradoxically, Greta has lost faith in top-down climate action — releasing a video with the New York Times titled “Greta Thunberg Has Given Up On Politicians.” Fortunately, the market solutions she baselessly hates will work in practice while she marches unproductively in the streets, and can give her an alternative cause to pin her hopes on.

Chronic hostilities between climate activists and capitalism remain barriers to instituting actionable market solutions. Eco-socialism has dominated the debate for so long, conceptualising the Earth as one big worker, turning while man extracts profit from it until it is barren and burned. But if this conference was any indication, that might be coming to an end. Centre-right politicians and private innovators showed up to COP26 in an unprecedented way. A delegation of five Republican representatives attended the conference, building on the momentum of the creation of the Conservative Climate Caucus just a few months ago in the House of Representatives. Fringe events like the Youth Environment Summit and Global Conservative Climate Summit platformed market perspectives, despite being excluded from the UN’s Glasgow “Green Zone.” In the case of the latter, conservatives elected from five different continents gathered to discuss the future of climate policy. The Glasgow Financial Alliance for Net Zero was also announced at COP26, gathering 150 global financial corporations to mobilize $130 trillion in investment for clean energy and climate projects.

By reframing the debate as an imperative to empower state-level community-based conservation and to ensure energy independence during the gas and battery Cold War with China and Russia, there is enough market activity and political will on the right to ensure socialism isn’t smuggled in under the guise of a climate crisis. Most Republicans recognize that the market always provides the best solutions to the challenges humans have faced. Pollution, deforestation, and moving from fossil fuels sold by America’s enemies are no different. This is why it is so crucial that believers in the market confidently take a seat at the table to champion solutions rooted in economic freedom.

The primary impediments to sensible climate action are political gridlock by ideological Democrats, and counterproductive activism from indoctrinated schoolkids. Conservatives showed up at COP26 to indicate that a constructive alternative to alarmist rhetoric exists. At COP27, it’s time that we attended in full force, and told the UN to let the adults do the talking.

This article, A New Idea Emerges at COP26, was originally published by the American Institute for Economic Research and appears here with permission. Please support their efforts.