A Market for Mosquito Control? 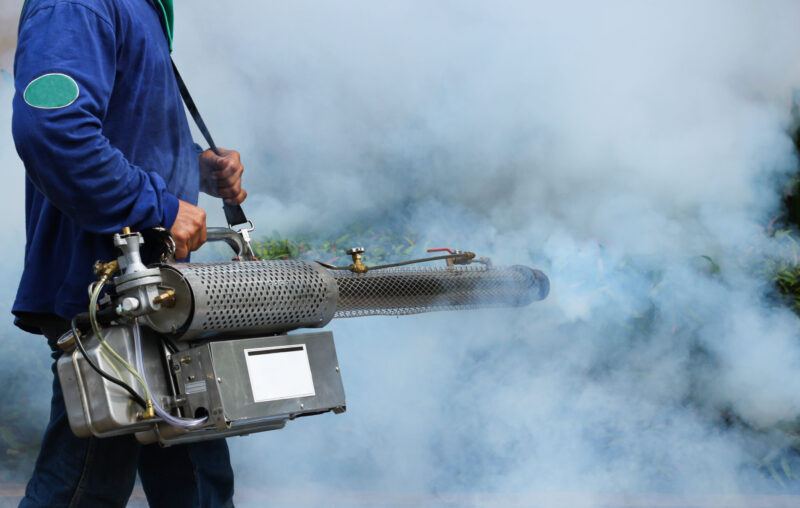 We buy medicines in stores and pharmacies, and we obtain healthcare at clinics and hospitals. Why don’t we purchase mosquito control in similar ways? Many people in the United States do purchase mosquito control—to clear their backyards and neighborhoods of the nuisance. Such behaviors, however, seem rare throughout the world where mosquitoes are more than a nuisance. While recent reports are worse, mosquitoes and the malaria parasites they carry kill hundreds of thousands of people every year.

The public health of mosquito control is a complex topic that encompasses factors related to mosquito breeding habitats, how mosquitoes spread disease, and how the human body reacts to mosquito-borne diseases. Thus, the thin market for mosquito control in many areas serves as a contributing factor in the spread of diseases they carry, like malaria and yellow fever. Natural conditions like climate and ecology are important—as they determine mosquito breeding cycles and how often they feed—but these factors also depend on the incentives people face to alter them and to control mosquito populations.

Why does this market remain so thin, and why are incentives to produce mosquito control so weak? Transaction costs.

People often sidestep these issues via government. For example, a municipal government can use a portion of tax revenue to pay for an aerial spray campaign. While governmental methods can lower the coordinating costs of mosquito control, the underlying transaction costs related to trust, triangulation, and transferability remain. Still, if very few people face incentives to produce mosquito control we can produce a similar result through taxation. Indeed, mosquito control associations—via municipal governments—emerged in the early 1900s throughout the United States. Many areas also enforce nuisance laws that prohibit stagnant bodies of water. This includes standing water around construction sites, pools, and even birdbaths.

These businesses lower transaction costs further by franchising and developing economies of scale and scope. Franchising opportunities are available throughout the United States, which indicates a greater ability for entrepreneurs to provide mosquito control. Moreover, the larger market for pest control encourages mergers and acquisitions that enhance competition. For example, Rentokil recently purchased Terminix.

These firms make subsequent profit opportunities possible because of these innovations and their ability to lower transaction costs. As such they are a part of the developing market for mosquito control that began in the early 20th century, as I suggest in an earlier article, that includes the activities of individual home and landowners, colleges, firms in the private sector, and organizations in civil society.

Importantly, these advances in mosquito control indicate a robust market over mosquito control and even more opportunities for service. You can now have a nice summer cookout or enjoy a good book under your favorite tree free of mosquitoes. You also have the opportunity to control mosquito populations in your front yard, your backyard, a portion of your yard, or throughout your neighborhood or your business.

A New Kind of Mosquito Control

Why aren’t there more mosquito control companies in places like sub-Saharan Africa that might help control mosquito populations? Technology and ideas aren’t that relevant here. People have known that mosquitoes carry diseases since Ronald Ross’ discovery in the late 1890s. Throughout the 20th century experts in mosquito control have continuously devised better means of doing so.

An economic explanation that accounts for transaction costs, markets, and institutions seems more relevant. That is, mosquito control is a function of the incentives entrepreneurs face to lower transaction costs, to produce mosquito control, and to earn positive net revenue. Entrepreneurs and firms related to mosquito control in the United States have clear expectations of earning positive net revenue, given economic and political institutions like private property rights and the rule of law. Such institutions might be lacking in other parts of the world, which is especially damaging in areas where mosquitoes spread diseases.

Private efforts to control mosquito populations are a game changer in the fight against nuisance and infectious diseases. In addition to the standard factors of mosquito control, perhaps we should consider the role economic freedom plays. Such institutions enhance competition, encourage innovation, and lead to more opportunities to kill mosquitoes.

This article, A Market for Mosquito Control?, was originally published by the American Institute for Economic Research and appears here with permission. Please support their efforts.