A Declaration for Anti-Lockdown Reforms 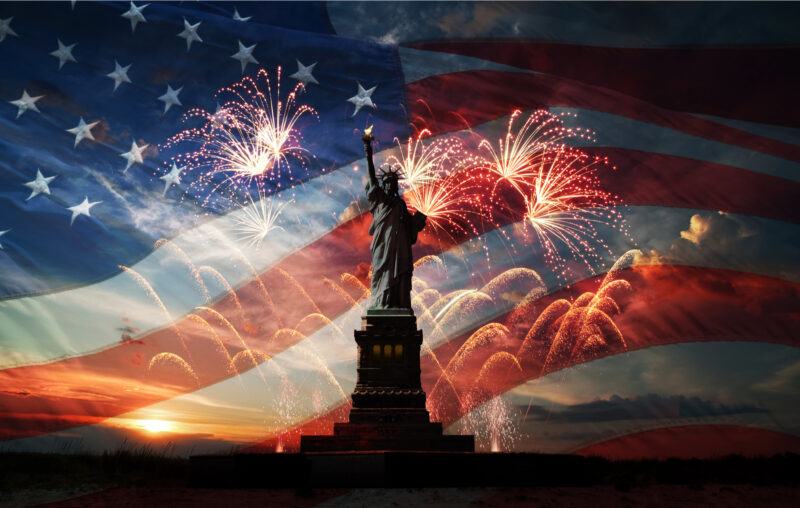 It would be almost a cliche to lambast the irony of celebrating Independence Day after everything this country has been through over the past year and a half. Nobody needs a reminder of the lockdowns, the school closures, the mask mandates, and the utter disdain for the sacred American institutions of individual liberty that poisoned our national discourse.

With the pandemic hopefully behind us, America will be able to enjoy a relatively normal July 4th celebration this year. However, we should not forget that exactly one year ago, on a day meant to celebrate a bold and immortal declaration of independence from tyranny, many citizens found themselves trapped under lockdown-style restrictions. It is high time to commit ourselves to enact legislation and pursue litigation to ensure such abuses of power never happen again.

The symbolism is all too great, for it was on this date that the Second Continental Congress unanimously adopted the Declaration of Independence, which made the then-radical assertion that:

We hold these truths to be self-evident, that all men are created equal, that they are endowed by their Creator with certain unalienable Rights, that among these are Life, Liberty and the pursuit of Happiness.–That to secure these rights, Governments are instituted among Men, deriving their just powers from the consent of the governed.

The Declaration would be the guiding light for the nation and the soon-to-be US Constitution, which constituted a government conceived under the notion that it was a servant to a free people. A people whose freedom is derived not by permission from the government and its experts, but by virtue of our humanity.

To paraphrase the founder of AIER, Colonel E.C. Harwood, when referring to the great encroachments on liberty during his time he wrote: if we do not do something, the goddess of freedom who stands in New York Harbor will cease to be an adequate representation of our country domestically and abroad.

Likewise, if we do not do something to prevent the gross abuses of power that have transpired over the past year and a half, the Fourth of July will cease to have any real meaning in this country and to all those abroad who look to us for inspiration.

What Should Be Done?

The horror of lockdowns may be fading into the rearview mirror, but the damage has been done. What was once thought unthinkable and irresponsible has happened as if it was second nature. Even as the United States reopens, Europe continues to fluctuate in and out of captivity. Some state governors, like Florida’s Ron DeSantis, have understood the danger that has emerged from Pandora’s box and enacted legislation to curtail future encroachments on liberty. In other states like Pennsylvania, the people have risen up to pass constitutional amendments to curtail the emergency powers of their governors; which are what allowed such unthinkable policies to be enacted in the first place. The same must happen across the nation.

Coalitions need to be formed between those in power; public policy advocacy groups, litigators, and common citizens. Those with the knowledge and expertise must provide guidance. Those with the resources and the credentials must fight back. And those with the energy and the passion must show up in mass. In every state, there are unique laws and circumstances that make passing anti-lockdown policies a local effort. In the courts, there must be litigation to defeat bad precedent and hold the guilty accountable.

However, this shouldn’t just be about lockdowns or public health. It should be about securing the promise of a free and open society, free of the looming specter of an unhinged government. This should truly be a nonpartisan movement that transcends the concerns of today. The government uses every crisis to infringe on liberty; if it didn’t come for you today, it could come for you tomorrow. Ultimately, these reforms should be about moving America away from the abyss of authoritarianism and closer to its eternal aspirations of a more perfect union for free citizens.

The accumulation of all powers, legislative, executive, and judiciary, in the same hands, whether of one, a few, or many, and whether hereditary, self-appointed, or elective, may justly be pronounced the very definition of tyranny.

A 4th of July to Be Aspirational

Independence Day celebrations have certainly seen their fair share of soaring rhetoric that can be roughly broken into two categories: celebrational and aspirational. The achievements of this country and its citizens are certainly extraordinary. At the same time, America is also a nation that consistently fails to always live up to its grand ideals. There is no shame in failure, but there is in failing to grow. One such oration given by the great abolitionist and former slave Frederick Douglass encapsulates this idea most starkly. In his famous 1852 speech, “What to the Slave is the Fourth of July?”, he lamented:

I say it with a sad sense of the disparity between us. I am not included within the pale of this glorious anniversary! Your high independence only reveals the immeasurable distance between us. The blessings in which you, this day, rejoice, are not enjoyed in common. — The rich inheritance of justice, liberty, prosperity and independence, bequeathed by your fathers, is shared by you, not by me.

His words directed a powerful light on the most glaring imperfection in America’s founding and system of governance, the failure to abolish slavery. Alongside that powerful message was the truth that America is a work in progress and liberty is always unfinished business. Another aspirational speech given on this date was by Charles Sumner entitled “The True Grandeur of Nations” to which he remarked:

The true greatness of nations is in those qualities which constitute the greatness of the individual. It is not to be found in extent of territory, nor in vastness of population, nor in wealth; not in fortifications, or armies, or navies; not in the phosphorescent glare of fields of battle.

His words sought to remind the nation, which was on the brink of war, that true greatness comes from our conduct. It does not come from the size of our wealth, the power of our military, or the knowledge of our experts, but from the just principles of liberty and decency that define our founding.

Throughout history, more brave individuals would continue to remind us that we must do more to get closer to our founding aspirations. Today, with the carnage of lockdowns all around us, it cannot be more clear that restricting the powers that unleashed them is the next chapter in this story.

A Call to Action

This July 4th, celebrate to your heart’s content; you have earned it, and this is our day. At the same time, remember that the road ahead is filled with uncertainty and concern. Perhaps some of the most touching and relevant words I’ve always heard from the older leaders I look up to are the following: “They said they advocated for liberty because they wanted the free society they were able to prosper in to still be around for future generations.”

Many of you may know people who had their dreams and livelihoods crushed by lockdowns, friends and family whose youth has been ruined by school closures, and loved ones who have been emotionally scarred by isolation. You may have traumatic experiences seeing communities disintegrated and turned on one another by social upheaval.

Among other motivations, this should inspire us to take a stand to ensure that such abuses of government power never happen again. We should do it not just for ourselves, but so that the system we have today is worth passing down to posterity. That is because in a free society all things are possible, but a society that is subjugated by the arbitrary will of its rulers can only promise stagnation and despair.

*Provided below is an incomplete list of some of the organizations that have great resources relating to lockdowns.

*If you or someone you know believes they are in a position to advance reforms to state emergency powers or forward understanding of the damage of lockdowns please contact AIER.

This article, A Declaration for Anti-Lockdown Reforms, was originally published by the American Institute for Economic Research and appears here with permission. Please support their efforts.