A Conversation About Human Progress and Innovation 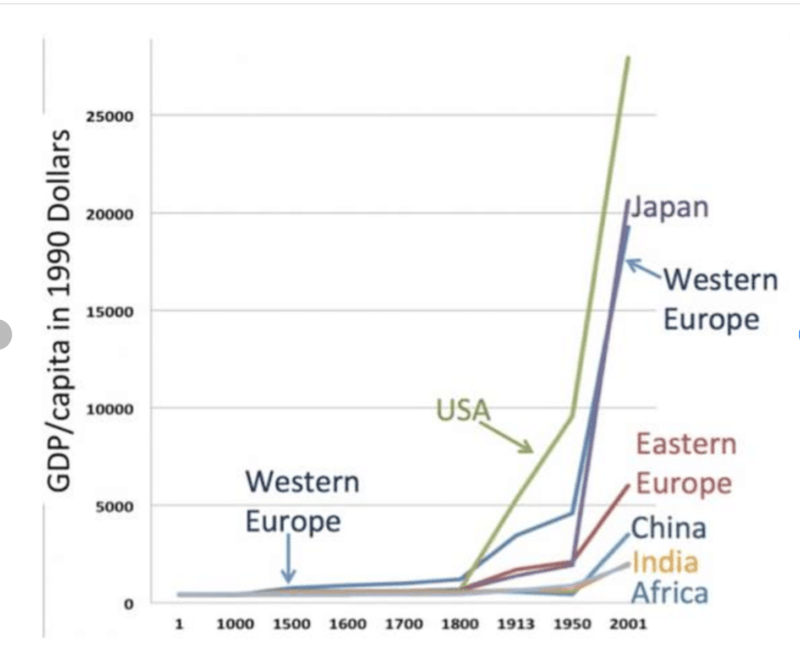 On this episode of the Authors Corner, Ethan Yang spoke with Marian Tupy, a Senior Fellow at the Cato Institute and the editor of HumanProgress.org. The topics touched on issues such as the rapidly improving living standards across the world, the causal factors of prosperity, the pace of innovation, and why the common narrative often distorts perceptions of human progress for the worse.

HumanProgress.org is a unique website in the sense that its main priorities are showcasing positive news and advancements. It also features datasets and tables with useful empirical evidence detailing everything from the declining use of violence around the world, to the increase in calorie consumption per day, even in impoverished countries. The world we live in today is safer, healthier, more peaceful, and more inclusive than any other point in history. Human rights, economic empowerment, and scientific advancements are on the rise. Things that were once thought to be problems are either getting solved or debunked as non-issues.

Although this is all interesting and useful information, it also begs the question of why have such a website in the first place? The answer is simple. Human advancement and prosperity were and are a product of liberalism. Liberalism classically defined. Free markets, private property, civil liberties, peace, tolerance, and enlightenment values. It was the adoption of these ideas and the eschewment of paternalistic ideologies that catapulted civilization into a new era of ever-increasing wealth. In fact, the time period we are living in today has a name, The Great Enrichment. Since the initial implementation of liberal ideas in the 17th and 18th centuries, society changed forever.

For most of human history, life was a dreary affair. Constant warfare, disease, extortion, oppression, famine, and general malaise defined the average person’s life. Then around the time of the Dutch Revolt and the American Revolution, living standards in countries experimenting with the radical ideas of human liberty rose exponentially. People started inventing more things, businesses and entrepreneurship prospered, and coexistence rather than prejudice began to blossom. From here, the ideas of liberalism began to spread throughout the world, shattering cycles of oppression and unlocking potential in every society they touched.

Perhaps one of the greatest affirmations of this thesis was the performance of communist countries compared to capitalist countries in the 20th century. Western Europe far outperformed the Soviet Bloc. Communist North Korea severely lagged and still lags behind democratic South Korea. The logic behind this phenomenon is truly common sense. Societies that embrace limited government, private enterprise, the rule of law, and human rights provide a foundation for civilization to grow. Regimes like Pol Pot’s Cambodia, where the government disrupts every aspect of its citizens’ lives with crushing socialist economic policies and genocidal campaigns, actively hold back progress.

In the podcast, Marian also discusses contemporary challenges, such as how the media narrative tends to forecast doom and gloom while leaving out much of the great things that are happening. The reason is not because those in the media are malicious or misguided, but because good news doesn’t get high ratings. People want to know about the famines caused by the latest conflicts in Africa and the outbreak of a new disease. The fact that people around the world have access to more food per person than ever before or are living longer, healthier lives, largely due to global trade and markets, is not exciting news. In a way, this is wired into our survival instincts, because being alert to danger had an important evolutionary purpose. Focusing on bad news also helps us divert our attention and resources to important problems. It’s a strange dilemma to be in, but it’s undeniable that we could use more good news in our lives, especially because the world really has gotten much better.

The final question Marian tackled was the desire for radical reform either through Socialism on the left or Fascism on the right. Both sides subscribe to a false narrative that the world is getting worse, and it is liberalism that is the problem. Nothing could be farther from the truth. History shows that embracing either will send the world back to the times of dreary stagnation and despair.

Human progress is a truly fascinating topic and its discussion is especially needed today. It is abundantly clear that people are starting to lose appreciation for the freedom and prosperity that we enjoy. Much of this is natural. Many people have not known any other world, besides a free society, and take the wonders of today for granted. The enlightenment ideas of decency, dignity, individual liberty, and private enterprise that freed humanity from thousands of years of stagnation and suffering are the status quo. They are not seen as the radical and brilliant innovations that they are, especially compared to everything else that has been tried. Today, with much of humanity still living under poverty, oppression, and the tired old ideas of authoritarianism, we must renew our quest for human progress, not reject it.

This article, A Conversation About Human Progress and Innovation, was originally published by the American Institute for Economic Research and appears here with permission. Please support their efforts.