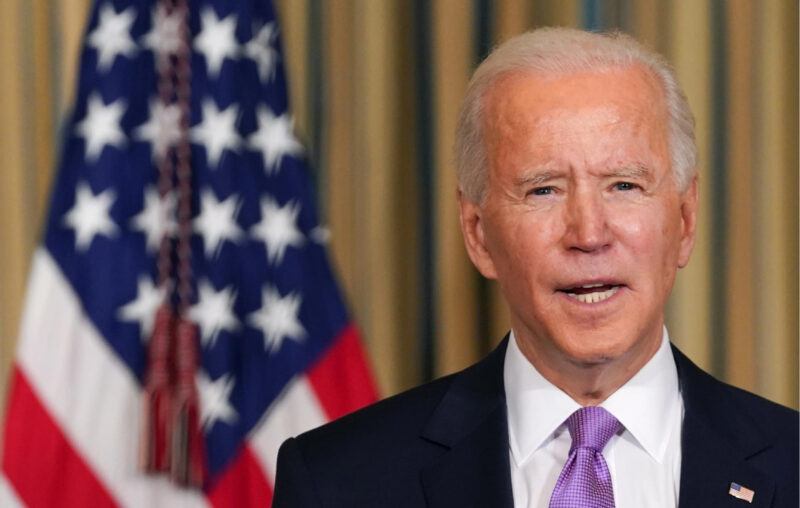 According to major news outlets President Joe Biden recently announced the formation of a bipartisan commission to study the prospect of reforming the Supreme Court. NBC includes a statement from the current administration by writing,

“The commission’s purpose is to provide an analysis of the principal arguments in the contemporary public debate for and against Supreme Court reform,” the White House said.”

The 36-name list of scholars can be found here and it is refreshingly bipartisan and qualified. It includes some of the most accomplished legal scholars and professionals this country has to offer from across the spectrum.

The elephant in the room of course is whether or not this commission is a gateway to expanding the Supreme Court, which was a hotly discussed topic during the last Democratic primary elections. Judging by President Biden’s historic opposition to expanding the Supreme Court and the bipartisan nature of the commission, it is unlikely the commission will actually recommend doing so. NBC News writes,

“In an interview with “60 Minutes“ in October, Biden committed to establishing a “bipartisan commission of scholars” but said that their purpose would not be focused on “court packing,” or adding seats to the court.”

Indeed with court packing being such a polarizing idea, and one most favored by the more extreme progressive wing of American politics, the commission will likely not recommend the idea.

Left-leaning outlets like Vox have lamented the mere existence of any Conservative or Libertarian legal minds on the commission. That is because they understand if Biden actually wanted to pack the courts, he would simply stack the commission with Progressives with a few respected moderates to give it legitimacy. Slate points out that,

“The inclusion of several conservatives further indicates that this body will not light a path forward toward genuine reform. Jack Goldsmith, a renowned Harvard Law professor and former assistant attorney general, may provide some good-faith insights. But what about Adam White, a scholar at the American Enterprise Institute who occasionally takes to Twitter to deride transgender people as delusional and refuse to respect their pronouns? (Incidentally, there aren’t any transgender members on the commission, even though no community is facing more vicious attacks in state legislatures, which are passing laws destined to wind up at the Supreme Court.)”

Cutting past the character assassination attempts and the blatantly political rhetoric, this statement essentially translates to “the commission is not partisan enough.” In fact, Vox points out that some of the most vocal proponents of packing the court have been left out of the commission when they write,

“But the commission does not include law professors Daniel Epps and Ganesh Sitaraman, authors of a highly influential proposal to expand the Supreme Court to 15 justices.”

They also share the concern that libertarian and conservative-leaning organizations, as well as professors, have praised the commission for its bipartisan nature which further lends credence to the notion that it will not be a court-packing scheme.

Of course, more right-leaning outlets have also taken issue with the commission as the Wall Street Journal Editorial Board writes,

“The White House release says Duke law professor Guy-Uriel Charles “writes about the relationship between law and political power and law’s role in addressing racial subordination.” Caroline Fredrickson is a former president of the American Constitution Society, the left-wing legal lobby. Michael Waldman runs the Brennan Center for Justice, the highly partisan legal shop at NYU that wants to restrict political speech. Laurence Tribe is the Harvard professor whose Twitter feed hasn’t helped his reputation for judgment or reason.”

This statement seems to mirror the partisan attacks levied by their left-leaning contemporaries to simply point out the existence of accomplished legal scholars they disagree with. Although it may be some cause for concern if the commission recommends any proposals from the far left or right, the bipartisan nature of the commission would likely not result in such ideas gaining traction. The fact that both left and right-leaning outlets are taking issue with members of the commission should suggest that it is indeed wide-reaching and diverse in its opinions, which is a welcome sight these days.

What Could This Mean

Based on Biden’s comments on the campaign trail and historic opposition to expanding the Supreme Court, it would be likely that creating the commission is a political move to appease court-packing advocates without actually doing so. Court packing is an extreme and dangerous policy that is widely unpopular especially with judges. Fox News reminds everyone that even the late progressive Justice Ruth Bader Ginsburg opposed court-packing when they write,

“Nine seems to be a good number. It’s been that way for a long time,” Ginsburg said in a July 2019 interview. “I think it was a bad idea when President Franklin Roosevelt tried to pack the court.”

“Rational observers know well there is nothing about the structure or operation of the judicial branch that requires ‘study,’” (Mitch) McConnell said Friday.”

Although it would be great for Biden to take a firm stance on not packing the court and make attempts to rein in the more extreme members of his party, this court commission seems like his subtle way of rejecting the idea. The intellectual diversity and mainstream nature of the commission as well as the exclusion of vocal court-packing advocates seems to signal that such a recommendation will not be made. Biden could then defer to the wisdom of the commission rather than taking full agency on the matter. A slimy political move but at least it’s in a good direction.

Court-Packing is Not A Good Idea

The idea that we need to expand the court to create some sort of political balance is based on the false premise that judges vote just like members of a political party. This is not only a dangerous idea but it is also simply false if you cut past the political demagoguery to actually look at how the justices vote. Packing the court for political balance would simply lead to a never-ending back and forth of expansion that would demolish the foundation of the republic. This is why the court hasn’t been expanded in over 100 years. The New York Times was blasted on Twitter for suggesting that the commission would “balance the court.” Although judges certainly have their judicial philosophies, at the end of the day the Supreme Court is an incredibly deliberative and open-minded body dedicated to highly principled discussion.

There is a process to appoint judges that the controlling party may feel will forward their policy objectives but once that judge is appointed they will act independently of the political process. For example, the Republican-appointed and now retired Justice David Souter made a surprising left-leaning turn during his tenure on the court.

At the end of the day, the Supreme Court is supposed to be an independent check on the tyranny of the minority and the majority, not another extension of the political process. Its purpose is to deliberate the meaning of the letter of the law, not affirm the agenda of any interest. We have the elected legislative branch and the bureaucratic executive branch to carry out political mandates.

The judicial branch serves the Constitution, which was ultimately written to check the power of the government and preserve our freedom. Attempts to expand and pack the court to fulfill political objectives should be seen first and foremost as tyrannical motivations in plain sight regardless of how pleasant the justification may be. Biden’s commission may not be the outright rejection of court packing that we should hope for but it seems to be a subtle way of doing so given the pressure from his progressive colleagues. Whether or not it will work is yet to be seen.

This article, A Closer Look at Biden’s Court Reform Commission, was originally published by the American Institute for Economic Research and appears here with permission. Please support their efforts.