$9 Reading Glasses, $16 Sunscreen, and the Genius of Economic Growth 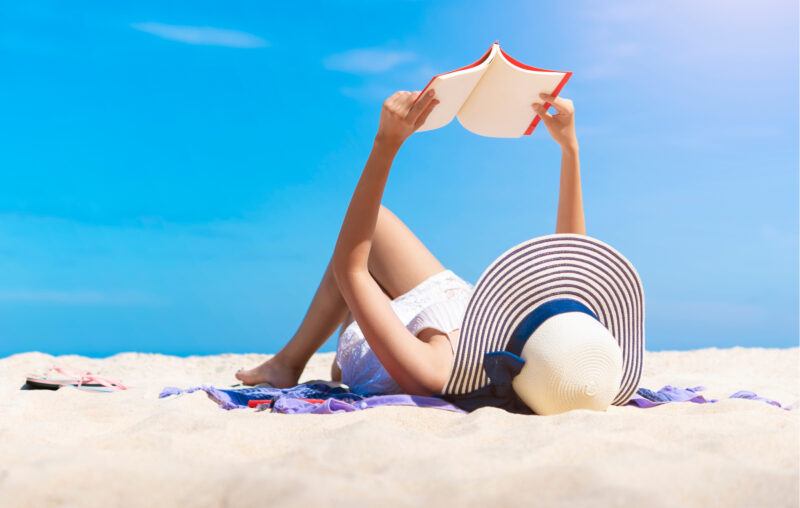 As what you’re presently reading is being typed, your typist is wearing a $9.99 pair of reading glasses purchased last week at Safeway. These are +1.25 glasses, after the +1.00 pairs stopped working very well. Roughly five pairs of glasses are about to meet their demise thanks to increasingly farsighted eyes that require more powerful lenses.

It’s nothing, or next to nothing to replace the glasses. At $9.99 the plan will be to purchase several pairs in case of loss, misplacement, or in some instances just to avoid walking down the stairs or out to the car to retrieve a pair. Which is the point.

Think about what all this says. For starters, some may remember an old Twilight Zone episode in which a voracious reader soon finds himself all alone in the world, but surrounded by books. Heaven on earth, except that his glasses fall off and break. Torture on earth. All these books to read, but no glasses with which to read them.

Twilight Zone aired from 1959 to 1964. Without proof, the bet here is that reading glasses weren’t as plentiful and cheap then as they are today. While the speculation is that the producers of the show weren’t commenting on the prices of glasses in the way that this write-up is, the loss of a single pair of glasses in torturous fashion makes the price point that will be made here.

Nowadays, no wearer of glasses would ever generally have one pair in his possession. Think about it. How many readers who wear reading glasses have unwittingly found themselves with three “readers” on their person; one pair perched on the head, one pair actually being worn, and one pair dangling from the V in one’s collared shirt? All this leaves out pockets, desks, and all sorts of other places where we stash what’s cheap.

The character on the Twilight Zone quite simply came into the world too early, and reached adulthood too early. Nowadays one broken pair of glasses wouldn’t mean much.

It speaks to the genius of capitalism. And even more it speaks to the genius of inequality. The unequal generally get that way by relentlessly pushing down the prices of market goods that used to be financially unattainable. Books used to be the rarest of luxuries only owned by the richest of the rich. The bet here is that reading glasses were once a rare, much-cherished luxury. Now they’re abundant. We throw them away much as we throw away books, or give them away. Used books on Amazon are routinely offered for 1 cent. This is more amazing than you think.

Similarly amazing is the cost of other market goods. Asked recently by a family member to purchase a specific brand of sunscreen at Whole Foods, its price was staggering. It only became apparent at checkout, but $16 for what one guesses is the “Dolphin Free” (look it up) version of sunblock.

Grocers can’t just keep inventory to keep it, which is a sign that the market for $16 sunscreen is pretty deep. Which is remarkable. In the malaise-ridden 1970s, and even in the booming ‘80s and ‘90s, there arguably wouldn’t have been a market for $16 sunscreen. Even in “inflation-adjusted” terms despite the sad truth that no one knows anymore what inflation is.

The main thing is that Americans nowadays will pay enormous sums for a good that was largely defined by Coppertone in the 1970s. A look on the internet for its cost in the Me Decade came up short, but it’s easy to speculate that even during the weak dollar ‘70s the cost of the sunscreen was in the low single digits, assuming it actually cost over a dollar. Memory says that Bain De Soleil was the luxury brand back then, Piz Buin comes to mind too, but there’s quite simply no way $16 was the price. Not even close. The market didn’t exist. Which is also the point.

$16 for sunscreen wasn’t happening back in the 1970s simply because the economy wasn’t big enough to support such a nosebleed price for such a pedestrian good. Had sunblock cost $16 in the ‘70s, either kids and parents would have done without; that, or they would have stayed inside in order to avoid the hot sun in houses and apartments rendered hot by a lack of central air conditioning. Yes, you heard that right. The old window AC units were much more common then, and very costly…In the 1970s it wasn’t uncommon for the heat-wrecked to hang out in shopping malls just to cool off. But that’s a digression. At least sort of.

Back to $16 sunscreen, the shocking price is a reminder that what we deem good can’t be decreed a right. In other words, we can’t tax our way to happiness, or fleece the rich to make the poor happy. Money on its own is just money. Money’s worth is a consequence of what it can be exchanged for. Taxing the rich is penalizing the very individuals who get or got rich by frequently mass-producing former luxuries. Politicians want to give “comfort” to those who lack it on the backs of the well-to-do, but if they were wise they would seek comfort for those without by reducing the tax burden on those who save and invest, along with those who innovate with the wealth saved and invested by others.

Along similar lines, allegedly good ways of living can’t be decreed. Put another way, politicians can’t force people to be “green,” or drive “green,” or shop “green.” “Green” is generally expensive. That’s ok, but we generally will only swallow big expenses like $16 sunscreen if we feel we have the means to swallow these expenses. In short, “green” living and energy are most likely to thrive in a real market if and when Americans have the means to pay more for what’s “cleaner.”

This article, $9 Reading Glasses, $16 Sunscreen, and the Genius of Economic Growth, was originally published by the American Institute for Economic Research and appears here with permission. Please support their efforts.