5 Specific Reasons Why You Should Stockpile Food Right Now 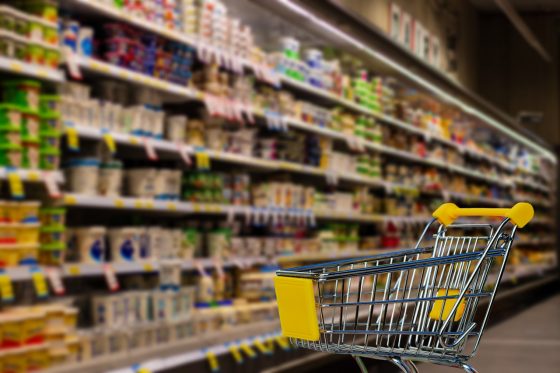 For decades, Americans have not needed to be concerned about food prices.  Yes, prices would always go up by a little bit each year, but in general we have been extremely blessed for a very long time.  Our supermarkets have always been packed with food, and we could always count on the fact that prices would be about the same a month or two down the road.  Unfortunately, things are now changing, and not in a good way.  A massive wave of inflation has hit agricultural commodities, and food producers have felt forced to pass those cost increases along to consumers.  Unfortunately, many experts are anticipating that the price hikes that we are currently witnessing are just the beginning.

So even though food prices have already become quite painful, they are never going to be any lower than they are at this moment.

Looking forward, there are several factors that are likely to combine to cause food inflation to accelerate even more in the months ahead.  The following are 5 specific reasons why you should stockpile food right now…

#1 Supermarkets are feverishly stockpiling food, and the Wall Street Journal is reporting that they are doing this in anticipation of “the highest price increases in recent memory”…

Supermarkets are stocking up on everything from sugar to frozen meat before they get more pricey, girding for what some executives anticipate will be some of the highest price increases in recent memory.

This only makes good business sense.  If you can get inventory now for significantly less than you will be able to get it for later, that will help your bottom line.

The Wall Street Journal is admitting that all of this stockpiling “is driving shortages of some staples”, but it is expected that these shortages will just be temporary.

I can’t remember a time when we have seen anything quite like this.  At this point, some companies are purchasing up to 25 percent more food than normal…

‘We’re buying a lot of everything. Our inventories are up significantly over the same period last year,’ said Smith.

At SpartanNash in Michigan, the retailer has bought up around 20 to 25 percent more than normal including frozen meat.

#2 The U.S. government is going to continue recklessly spending money, and the Federal Reserve is going to keep pumping more giant mountains of fresh cash into the financial system.

The Biden administration doesn’t seem to have an “off button”, and neither does the Fed.  The U.S. national debt is moving up toward the 29 trillion dollar mark very rapidly, and the Fed’s balance sheet has more than doubled over the past year.

Unless there is some sort of a dramatic reversal, and I don’t see why there would be, this continual flow of new money will continue to push food prices even higher.

#3 Gas prices keep surging, and this is making it more expensive to transport food around the country.

According to the AAA Gas Price Index, the average price of a gallon of gasoline is up 56 percent from what it was last May…

Transport costs are also rising with gas prices rising 56 percent in May from a year ago.

#4 The endless “megadrought” in the western states just continues to intensify.

If you look at the latest U.S. Drought Monitor map, it is a horror show.  We haven’t seen anything like this since the Dust Bowl days of the 1930s, and water levels are dropping dangerously low.

For example, the water level in Great Salt Lake is expected to hit the lowest level in 170 years this summer…

The lake’s levels are expected to hit a 170-year low this year. It comes as the drought has the U.S. West bracing for a brutal wildfire season and coping with already low reservoirs. Utah Gov. Spencer Cox, a Republican, has begged people to cut back on lawn watering and “pray for rain.”

For the Great Salt Lake, though, it is only the latest challenge. People for years have been diverting water from rivers that flow into the lake to water crops and supply homes. Because the lake is shallow — about 35 feet (11 meters) at its deepest point — less water quickly translates to receding shorelines.

Because there is not enough water, many farmers are having to dramatically reduce the amount of crops that they are growing.

Small farmer Mindy Perkovich is only growing produce on one of her seven acres at this point, and she openly admits that she doesn’t know if she will even have enough water for that…

Perkovich typically grows things like turnips, squash and tomatoes for the local market on seven acres. This season, though, she’s had to cut her crops down to less than a single acre.

“We don’t know if we’re gonna have water to keep that alive,” she says. “Financially, I can’t really even express how dramatic it’s changed in the last couple years, water-wise, because without water, we can’t grow crops without crops, we have nothing to sell to our consumers.”

Agricultural production in the western states will be lower than originally anticipated this year, and that will also put upward pressure on food prices in the coming months.

#5 On top of everything else, an enormous plague of grasshoppers is now causing massive headaches for farmers in our western states.

As I discussed on Sunday, the extremely hot and extremely dry conditions are perfect for grasshoppers, and they have been multiplying like crazy.

Seven states are being hit particularly hard, and the federal government is going to begin a large scale spraying campaign.  The spraying may reduce the plague, but all of the experts agree that it will not stop it.

Grasshoppers will continue to eat our crops on a massive scale for many months to come, and this is another factor that will be driving up food prices.

So, to summarize, the outlook for the months ahead is rather bleak.

A number of factors are going to combine to push prices significantly higher, and so if you can afford to stock up you should be doing so.

Our leaders continue to insist that this bout of inflation is just “transitory”, and you can believe them if you like.

But the truth is that high inflation is here to stay, and what we have experienced so far is just the tip of the iceberg.