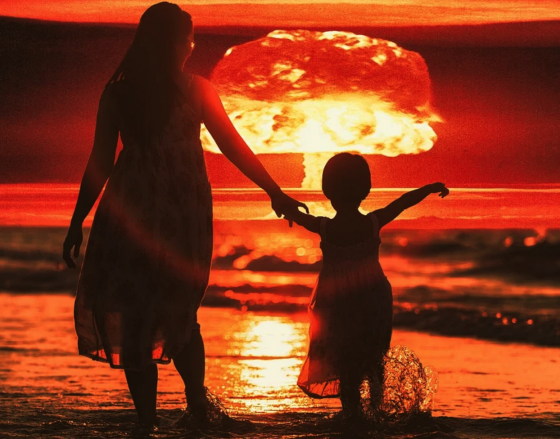 Like many of you, I have been spending a great deal of time keeping up with coverage of Russia’s horrifying invasion of Ukraine.  I am very upset with the Russians for choosing to invade the whole country, because now a line has been crossed that will never, ever be able to be uncrossed.  From here on out, there will be endless wars and rumors of wars, and countless numbers of people are going to die.  In the future, some historians may look back and determine that the coming Chinese invasion of Taiwan was the start of World War III, and others may point to the coming conflict between Israel and Iran.  But to me, February 23rd, 2022 was the start of World War III, and nothing will ever be the same again.

Since most of you have been closely following news coverage of the war, I am not going to rehash the basic facts here.  The Russians are winning victory after victory, and it appears that the battle for Ukraine could be over in a matter of days.

But once the battle for Ukraine is over, the real war will begin.

#1 Now that Russia has invaded Ukraine, any hope for peace between the United States and Russia is gone forever.

#2 The conflict between our two nations will continue until one side or the other is totally defeated.

#3 Both sides are armed with nuclear weapons, and it is just a matter of time before somebody decides to use them.

#4 As he launched the invasion of Ukraine, Vladimir Putin actually warned other countries that he could use nuclear weapons against them if they attempted to intervene.

#5 The Biden administration, the Ukrainians and the Russians all lied to us over and over again.

#6 We should all be very angry at Vladimir Putin.  He completely destroyed the last hope that the world had for peace when he launched a full invasion of Ukraine.  If he would have kept his forces in just Donetsk and Luhansk there still would have been the possibility of a diplomatic solution.

#7 Joe Biden says that he is considering hitting Russia with the biggest cyberattack in history.  That would be an act of war.

#9 The Russians have more than 1,000 different ways of making us feel pain, and they are not afraid to play dirty.

#10 I think that Volodymyr Zelensky is perhaps the stupidest head of state that I have ever seen.

#11 Zelensky pushed all of his chips into the middle of the table when the Russians knew full well that he wasn’t holding any cards.  Now he is going to lose his entire country.

#12 It appears that Zelensky actually believed that the United States and other western powers would come to his aid if the Russians invaded.  After what we have witnessed over the past year, that was an incredibly foolish thing to believe.

#13 Biden and his minions had a plan for what they wanted to accomplish in Ukraine, and that plan failed dramatically.

#14 At this stage, I think that the Biden administration will try to turn the rest of the world against the Russians and will try to suffocate the life out of them economically.  But that isn’t going to work, because Russia is very self-sufficient when it comes to food, energy and other essentials, and Putin has also signed very extensive trade agreements with China.

#15 I don’t think Putin would have made this move if he didn’t have an understanding with China behind the scenes.  The Chinese are allowing the Russians to invade Ukraine, but in return I believe that there is an agreement for the Russians to support China when the Chinese finally invade Taiwan.

#16 Now that the Chinese have seen how weakly the western powers have responded to the invasion of Ukraine, I that that makes an invasion of Taiwan much more likely.

#17 If the Chinese decide to pull the trigger, they will almost certainly do it while there is still plenty of time left in Biden’s term in office.

#18 Putin is not as smart as I thought he was.  He is going to win the battle for Ukraine, but now his country can never have positive relations with western nations ever again.

#19 The global energy crisis is going to get a whole lot worse.  Russia exports a tremendous amount of energy, and European nations gobble it up like addicts.  This conflict threatens to dislocate the flow of global energy to a degree that we haven’t seen since World War II.

#20 Many warned that our disastrous withdrawal from Afghanistan would embolden the Russians to move against Ukraine.  Those that issued such warnings have been proven right.

#22 Many people out there love to criticize President Trump, but even he understood that you don’t mess with the Russians.  Unless they are messing with you, the best thing to do with the Russians is to just leave them alone.  All throughout history, those that have chosen to pick a fight with Russia have ended up regretting it.  The Russians will do whatever it takes to win, and they are absolutely ruthless.

This is truly a sad day, because this didn’t have to happen.

As I have detailed in other articles, it would have been so easy to reach a diplomatic agreement that would have kept the Russians entirely out of Ukraine.

Unfortunately, there is no use talking about that any longer, because the time for diplomacy has passed.

Hopefully many of you are starting to grasp the gravity of what we are facing.  For years, I have been relentlessly warning that war with Russia was coming, and now it is here.

I tried to warn everyone about what would happen if we stayed on the path that we were on, but now it is too late.

There is nothing more than can be done, because World War III has already started.

From this point forward, global events are going to escalate rapidly.  I would encourage all of you to prepare accordingly.

The Fed Cannot Do It Alone

Keep These Medicare Facts In Mind When Planning For Retirement